Neurovestibular scientist leads $7.5 million study that could unlock the mysteries of spatial disorientation in flight 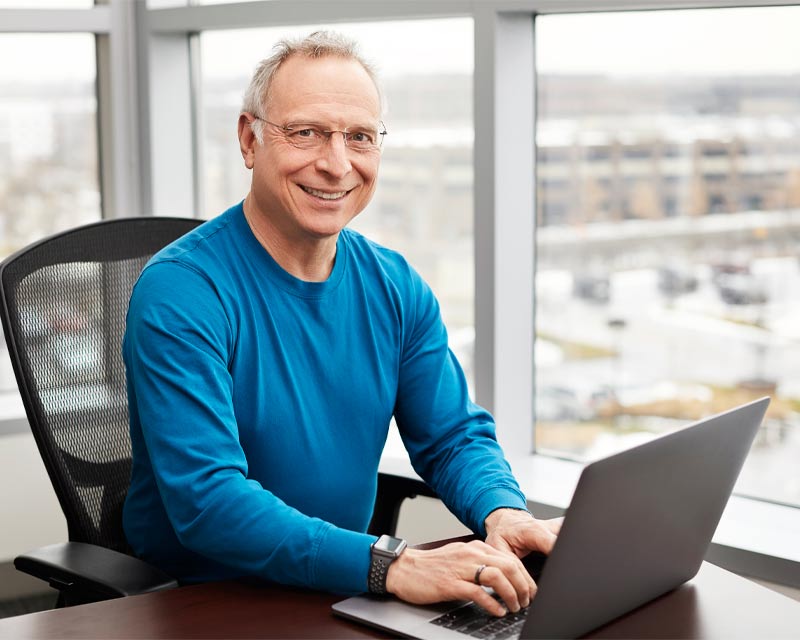 Spatial disorientation is responsible for 5% to 10% of all aviation crashes, including the crash that killed John F. Kennedy Jr. and two passengers in 1999. The phenomenon typically occurs when flying in clouds or at night. Pilots, deprived of visual reference points, become more likely to misinterpret sensations from other body systems. They may experience sensory illusions, such as a feeling that the plane is tilted when it’s actually flying straight. Ignoring flight instruments, they “correct” the problem—with sometimes fatal results.

“When you can’t see, you have to depend on vestibular function to get a sense of where you are in space,” he explains. “That’s challenging, because the vestibular system relies on visual cues to help us get our bearings. In the early days of flight, it was very common for pilots to fly into a cloud, become disoriented and crash to the ground. Better training and instrumentation have reduced the incidence of such crashes significantly, but these crashes still occur and cause unnecessary loss of life in civilian and military aviation.”

Dr. Merfeld joined the Department of Otolaryngology in 2017 and also works as a senior vestibular scientist at the U.S. Department of Defense’s Naval Medical Research Unit-Dayton (NAMRU-D). This year, he launched a multicenter research study focused on understanding how to avoid disasters when humans control complex machines, particularly airplanes.

The $7.5 million study, funded by the Department of Defense, brings together experts in fields ranging from engineering to otolaryngology and includes sensory physiology, motor physiology and autonomic nervous system expertise at The Ohio State University, Johns Hopkins University, Massachusetts Eye and Ear Infirmary, Rutgers University, University of Arizona, University of Colorado-Boulder, University of Dayton and the NAMRU-D.

The team of about 30 researchers will develop computer-based models that capture crucial elements that relate to the way people interact with complex machines such as jet aircraft. These elements include how movements influence the decisions operators make when controlling an aircraft, and what effect those movements and actions have on a person’s physiological sensory capabilities. These models can then be used to help reduce aircraft crashes and other disasters related to the complex interactions of humans with machines.

To conduct their experiments, the researchers will use existing equipment at labs across the country and develop new technology. Subjects will participate in simulations similar to immersive video games and operate the equipment under normal and adverse conditions.

“We might put someone in a motion device and move them around in ways we control or they control, and manipulate variables such as oxygen levels to create a hypoxic environment,” Dr. Merfeld says. “We will simultaneously monitor multiple ‘closed loop systems’ that affect spatial orientation, including the vestibular, autonomic and somatosensation (body sense), as well as motor commands and the body’s biomechanical functions.”

Aviation crashes caused by spatial disorientation are almost always fatal, adding a sense of urgency to Dr. Merfeld’s work. “While the National Transportation Safety Board has not released its final report on the helicopter crash that killed Kobe Bryant, initial evidence suggested that it was caused by pilot disorientation due to heavy fog,” Dr. Merfeld says. “I hope that our research will lead to improvements in automated systems, instrumentation and pilot training to avoid tragedies like this one in the future.”