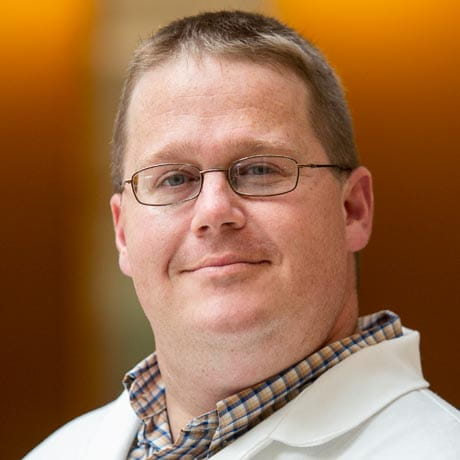 My laboratory studies human resistance to mycobacterial disease. The Mycobacteria genus comprises hundreds of species that inhabit a range of ecological niches, and have an equally diverse range of pathogenicity. The most infamous pathogenic Mycobacteria species include two causes of tuberculosis (TB): M. tuberculosis and M. bovis. As of 2015, TB ranked above HIV/AIDs as a leading cause of death worldwide; global efforts to control TB are limited by a need for vaccines that are more effective than the current TB vaccine (i.e. BCG), and the emergence of multidrug resistant (MDR) and extensively drug resistant (XDR) M. tuberculosis strains. Relative to those which cause TB, less well-known are the hundreds of other Mycobacteria species that are ubiquitous in soil and aquatic environments—including rural and city water supplies—that are known at nontuberculous mycobacteria, or NTM. While NTM are considered harmless to most individuals, those with impaired airway function have an elevated susceptibility to NTM disease. Pulmonary NTM disease is increasingly common in the cystic fibrosis (CF) community, and precludes eligibility for lung transplant.

Over the past 25 years, human geneticists have identified 9 genes which, when rendered non-functional as consequence of inherited mutations, confer susceptibility to mycobacterial disease. These are known as Mendelian susceptibility to mycobacterial disease (MSMD) genes, and include 7 autosomal genes (IL12RB1, IL12B, IFNGR1, IFNGR2, STAT1, ISG15, IRF8) and 2 X-linked genes (NEMO and CYBB). Surprisingly, all 9 of these genes directly or indirectly affect the same immunological process: the differentiation of specialized T cells, which promote the killing of Mycobacteria through a variety of mechanisms. Animal studies demonstrate these same genes are important for many hosts of mycobacteria, including livestock and wild animals. Human and animal studies thus demonstrate the essential nature of MSMD genes and T cells to mycobacteria resistance.

The above literature serves as a foundation for the studies in our lab, and support the following premise: TB and NTMI are important diseases, the resistance to which is promoted by MSMD gene expression and T cell differentiation. We have 2 active research projects that are based on this premise:

Project 1 is based on our longstanding interest and expertise in the MSMD gene IL12RB1. IL12RB1 regulates human resistance to TB by promoting cytokine (IL12/IL23)-dependent differentiation of naïve TH cells into TH1 and TH17 effectors. TH1 and TH17 cells limit Mtb survival by activating Mtb-infected macrophages and recruiting neutrophils to infected sites. It was established >20 years ago that IL12RB1 is transcribed and translated into IL12Rβ1, a transmembrane receptor on the TH cell surface that binds IL12/IL23, and then complexes with secondary receptors (IL12Rβ2, IL23R) to activate the intracellular signaling cascades that drive TH1/TH17 differentiation. However, we recently demonstrated that IL12RB1 is also transcribed and translated into a second isoform (Isoform 2, or Iso2) that is a secreted potentiator of IL12/IL23 activity. The mechanism whereby Iso2 potentiates IL12/IL23 activity is not known. The goal of Project 1 in our lab is to use human cells and a mouse TB model to identify genetic and biochemical factors which regulate IL12RB1 expression and function, as well as determine the mechanism of Iso2 potentiation. At the end of our studies, we will have extended our basic understanding of IL12RB1 immunobiology in the context of TB, as well as generated novel proteins with potential use as an adjunct TB therapy. Since IL12RB1’s influence extends beyond TB to also include autoimmunity, cancer, and atopic disease, the mechanisms we identify are relevant to these other human diseases. This project is supported by the NIH.

As all Americans have experienced, my staff and I were floored by the rapid progression of COVID19, which has now claimed over 175,000 American lives. As part of the OSU response to COVID19 and in my capacity as BSL3 Associate Director, we are currently working with a number of basic and clinical scientists, physicians, and industry partners on projects related to the development of COVID19 diagnostics and therapy. These projects are ongoing.