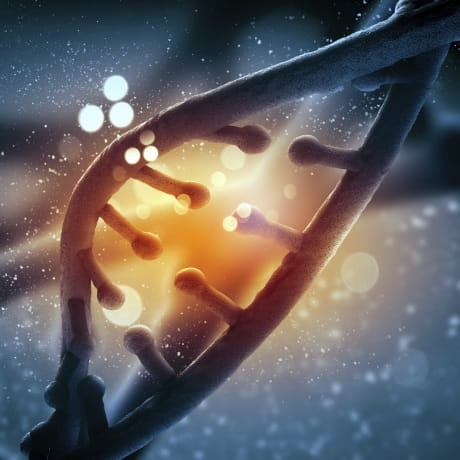 Researchers with The Ohio State University College of Medicine, in collaboration with the University of California, Berkeley, have been awarded a four-year, $2.1 million grant to develop a nanoparticle-based CRISPR gene editing technology for neurological conditions.

The grant is part of $89 million awarded by the National Institutes of Health’s National Center for Advancing Translational Sciences to scientists across the United States and Canada. This funding is aimed at developing new technologies and novel research approaches through the NIH’s Somatic Cell Genome Editing Program.

“With this grant, we’ll develop a versatile technology for editing defective genes in the brain. We’ll use a combination of advanced neurosurgical delivery and novel nanoparticle formulations to delete a specific type of gene in small and large animal brains. By the end of the project, we hope to have defined a formulation ready for translation into the clinic,” said principal investigator Dr. Krystof Bankiewicz, a researcher with the department of neurological surgery at The Ohio State University Wexner Medical Center and a member of Ohio State’s Neurological Institute.

“A large number of incurable brain diseases, such as Huntington's, Alzheimer's and Parkinson's disease, are caused by the over-expression of pathogenic proteins, and could be treated with CRISPR-based therapeutics. However, despite its potential, developing CRISPR-based therapeutics for the brain has been challenging because of delivery problems,” Bankiewicz said.

“CRISPR-based gene editing of genes related to the brain has the potential to revolutionize treatment of neurological diseases. If successful, this will be the first example of a non-viral delivery strategy that can edit genes in the brains of large animals, allowing modification of common neurological diseases. The experiments in this proposal are innovative and will provide a roadmap for developing strategies for gene editing in higher animals,” said Dr. K. Craig Kent, dean of Ohio State College of Medicine.

Piotr Hadaczek, Senior Research Scientist and Lluis Samaranch, Assistant Professor in the Department of Neurological Surgery at The Ohio State University are also involved in the study.