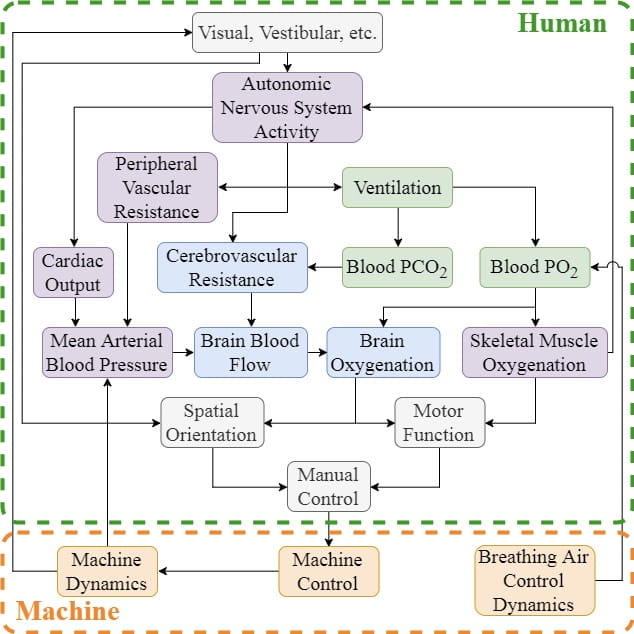 A $7.5M U.S. Department of Defense grant is bringing together an interdisciplinary team of investigators to better understand how to avoid disasters when humans control complex machines, such as automobiles, airplanes and ships.

Led by Ohio State University College of Medicine principal investigator Dan Merfeld, PhD, and co-investigator Ajit Chaudhari, PhD, FACSM, the team will spend up to five years working with a handful of other researchers across the nation to explore the interactions between human physiology and complex machine dynamics and the coupling mechanisms involved. Perhaps, most importantly, the study also aims to develop models for these coupling mechanisms that may lead to real-time interventions or warnings when problems appear imminent.

“Until these coupling mechanisms are fully understood within a mathematical framework, the complex dynamics of cybernetic systems will continue to yield unexpected outcomes,” says Dr. Merfeld.

“Our objective is to develop a family of computer-based models that capture crucial elements of how humans interact with complex machines (e.g., jet aircraft). These models can then be used to help reduce aircraft crashes and other disasters due to interactions of humans with machines,” he says.

Focusing on human-machine systems in which the human is contained within a vehicle and provides control inputs that drive vehicle motion and orientation, the study will have particular application to aircraft-pilot couplings, aircraft piloting tasks, pilot spatial disorientation and physiological episodes, all of which may impair closed loop vehicle control performance.

Modeling the machine dynamics will require mathematically capturing the systematic interactions of controls, sensors and actuators in processing commands and delivering responses that govern the dynamic operation of the machine. Finally, the closed-loop model will be implemented for simulation, such that adverse modes can be predicted, including possible pilot induced, rapid onset, unstable oscillations or divergence/drift developing over time. The family of models will be used to identify and predict adverse modes and the scenarios that are likely to induce them.

The interdisciplinary team includes experts in fields ranging from engineering to otolaryngology and includes sensory physiology, motor physiology and autonomic nervous system expertise at Johns Hopkins, Massachusetts Eye and Ear Infirmary, Rutgers University, University of Arizona, University of Colorado-Boulder, University of Dayton and the Naval Medical Research Unit – Dayton. The Ohio State effort is part of a $170M Multidisciplinary Research Program of the University Research Initiative under the U.S. Department of Defense who participate in a basic science research in a wide array of topic areas identified by each of the armed forces.