Women’s Behavioral Health (WBH) at The Ohio State University Wexner Medical Center is a multidisciplinary academic center of excellence providing care to women experiencing stress or stress-related illness during life events that are unique to women. We provide women with state-of-the-art care for mood and anxiety disorders, sexual health, substance use disorders and stress, with a special emphasis on pregnancy, the postpartum period, gynecologic and breast cancers, menopause and the menstrual cycle.

The three-fold mission of WBH is to provide innovative behavioral health care for women, to conduct clinical research that will improve the safety and effectiveness of care for future generations of women and to serve as a training center for residents, medical students and other graduate students interested in the unique behavioral health needs of women.

We are one of few university centers conducting translational research relevant to these health concerns. Combining clinical care with clinical and basic science research provides WBH patients with access to the latest information about the safest and most effective treatments available during these periods of greatest vulnerability.

We provide care for women as they experience difficulties with unique life events, including pregnancy, the postpartum period, the menstrual cycle, and menopause.  We also provide support for coping with issues such as infertility and women’s cancers.

We offer comprehensive behavioral health care for mood and anxiety disorders, sexual health, substance use disorders, and stress.  This can include psychotherapy and/or medication management.

Our signature clinical services are:

The goal of our Maternal-Fetal Psychiatry research is to maintain and improve the health of new and expectant mothers while safeguarding the well-being of their babies. These studies examine the course and severity of stress-related illnesses during pregnancy and the postpartum period, pregnancy-related changes in the clearance of psychiatric medications, levels of infant medication exposure during pregnancy and breastfeeding, and the well-being of infants whose mothers experienced perinatal mental illness and/or received psychiatric medication during pregnancy.

In our Women's Integrated Sexual Health (WISH) research, our aim is to enable women who are experiencing sexual dysfunction to achieve healthy, satisfying sexual lives. Our studies examine female sexual dysfunction arising in various contexts including gynecologic and breast cancers, childbearing and the transition into menopause, identifying causes and risk factors and testing novel treatment approaches for sexual dysfunction.

How Can I Get Through the Holidays After a Death?
December 16, 2016 – OSUWMC Blog

How is Your Spouse’s Health Impacting Yours?
November 29, 2016 - Women’s Health

Coco Rocha Loves Her Daughter So Much, She May Not Have A Second Baby
November 21, 2016 - SELF

Chrissy Teigen Went Through Some Dark Times As A New Mom
November 18, 2016 – SELF

Chrissy Teigen Went to Dinner without Her New Baby and the Internet Freaked Out
April 25, 2016 – SELF

What All Successful Couples Have In Common
June 13, 2015 - Yahoo! Health

How to Never Feel Burned Out Ever Again
Feb. 23, 2015 - Huffington Post (The Third Metric blog)

The primary research focus of Kristen M. Carpenter, PhD, is the identification of risk factors for sexual and psychological maladjustment in gynecologic and breast cancer patients during various stages of diagnosis, treatment, and survivorship. After earning her PhD at Ohio State, she completed postdoctoral fellowship training at Ohio State and the University of California, Los Angeles. 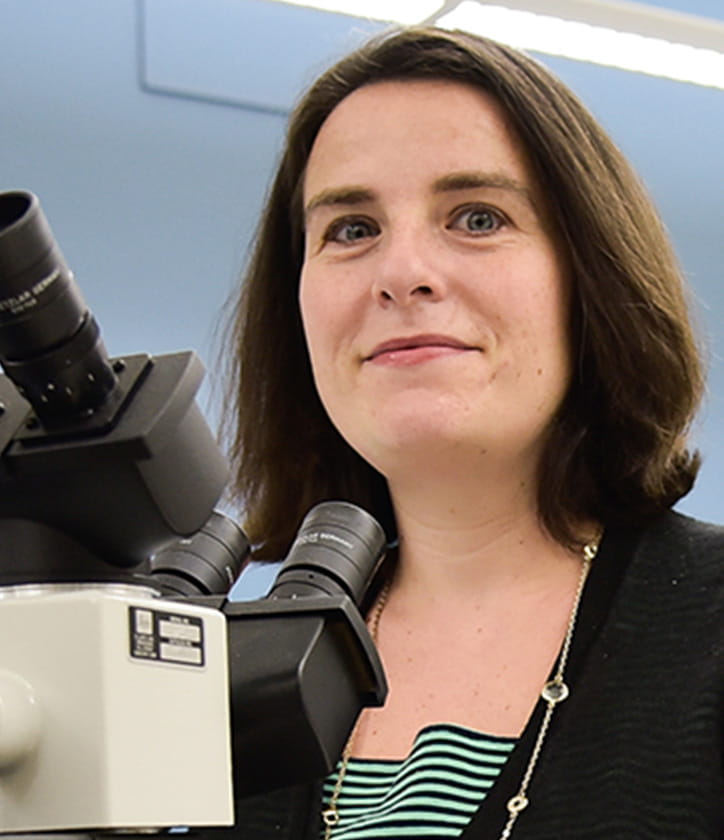 Dr. Gur earned her MD and PhD from the University of Pennsylvania School of Medicine. Her clinical work at Ohio State focuses on perinatal and postnatal depression and anxiety, which dovetails with her research interest on the effect of maternal mental illness and its treatment on the developing organism. Her research seeks to understand how maternal mental illness contributes to psychiatric outcomes in offspring.

Dr. Horseman is a psychiatrist and an Assistant Professor (Clinical) in the Department of Psychiatry & Behavioral Health. She splits her clinical and educational endeavors between two programs at OSUWMC- Addiction Medicine and Women's Behavioral Health. She is board certified in Addiction Medicine through the American Board of Preventive Medicine and is to board certified in Psychiatry. Her clinical focus in WBH has been the assessment and treatment of mood and anxiety disorders in the peripartum. She is the resident expert in the management of perinatal substance use disorders. 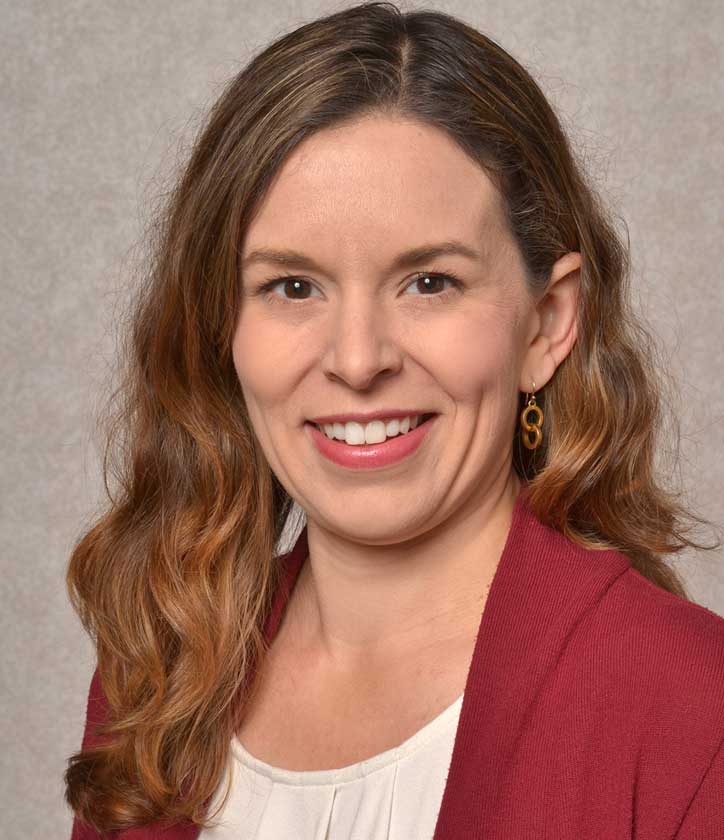 Dr. Christian earned her PhD at the Ohio State University and completed internship at the University of Florida Health Sciences Center. Her clinical work at Ohio State focuses on mood, anxiety, and sleep disorders in women, particularly in pregnancy and postpartum. Complementing her clinical work, Dr. Christian’s research focuses on mind-body health in perinatal women, with an emphasis on associations among stress, sleep, mood and inflammatory immune regulation as well as racial disparities in perinatal health outcomes.

Kate has been a part of the Women's Behavioral Health lab since joining as a student in the Autumn of 2015. After receiving her Bachelor of Arts in Psychology, Women's Studies, and Sexuality Studies from The Ohio State University in May of 2018, she officially joined the lab's full-time staff as a Clinical Research Assistant. In her time as a member of the WBH lab, Kate has been a part of development, coordination, and analysis of many projects including Coping with Chemotherapy, Enhancing Sexuality After Cancer (SHARE-B), and the Adolescent and Young Adult Health and Sexuality Survey. Kate's personal research interest is sexual health and its interactions with psychosocial and physical health and looks forward to entering a graduate training program in the coming years to pursue this line of research as a clinical psychologist. 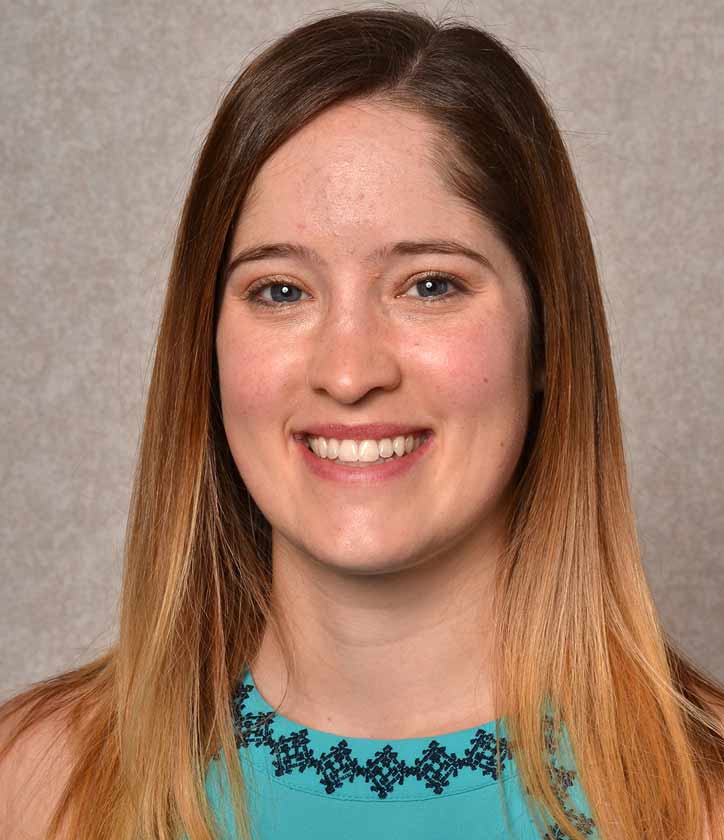 Tonya Schmauder is a social worker and psychiatric counselor. She received her Bachelor of Arts degree in Social Work at Bluffton University and her Master of Social Work degree from The Ohio State University. Tonya worked at the OSU Wexner Medical Center providing clinical services to Post-Partum women for over 7 years prior to joining the Women’s Behavioral Health team. Her clinical area of interest is women’s behavioral health, including the reproductive life cycle and coping with perinatal and postnatal depression and anxiety.
Job Opportunities

The Women's Behavioral Health program is currently recruiting for the following positions:

As central Ohio’s only academic medical center, The Ohio State University Wexner Medical Center values learning, development and innovation. Working here is more than just a job – it’s a career in which you can help change the face of medicine. Ohio State is always looking for experienced professionals to join our team.