A Message to Pattye Whisman, MD, from Miguel Ruiz, MD

I want to tell you how I became Dr. Ruiz, but to do that, first I need to tell you about a young boy I met seven years ago. He was a student I came to know when I was a social worker in Utah. He was really struggling in school and had been arrested several times. During my conversations with him, I learned that his mother was in the hospital with late-stage complications from diabetes, and his troubles began to emerge after her hospitalization.

I explained to him the work we needed to do together, and I asked him what I could help him with as a motivation to continue to meet with me. He told me he was living with his grandmother, and that her car was broken down, so he had no way to visit his mother. Of course, I immediately agreed. I sent the boy through the doors and down the hallway to see his mother, and I was struck by how the hospital staff welcomed him at such a vulnerable moment. I said to myself, “I’m on the wrong side of those doors.” 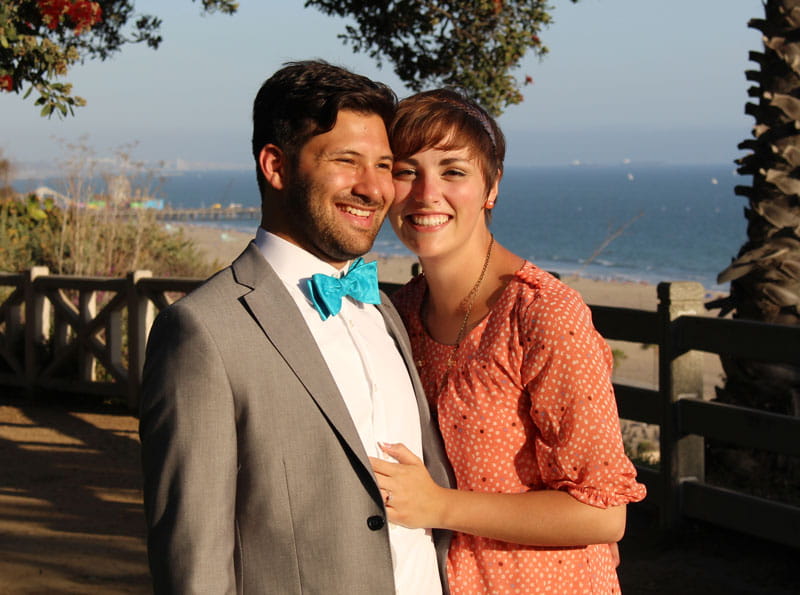 A career in medicine had been my goal when I graduated from the University of Utah, but my applications all ended in rejection. I chose social work because it resonated with me in the same core way that medicine did — I wanted a career where I would help people.

After that moment at the hospital, I knew I had to try again. To say it was going to be complicated doesn’t nearly do it justice. By this time, I had met a wonderful teacher who shared my love of helping others, and Megan and I were married in 2014. Around the time I relaunched my quest for medical school, she and I also decided we’d try to have our first child — I remember thinking, “Well, one of these will work out.”

For better and for worse, they both did. As I was applying to medical schools, a relative who graduated from The Ohio State University College of Medicine encouraged me to consider his alma mater. I grew up in Florida as the son of immigrants from Costa Rica, so Ohio State wasn’t anywhere on my radar. Thankfully, they selected me for an interview and we scheduled it for April 1. Megan’s due date was six days earlier.

Our son, Adrian, was born that March, and about a week later I was 1,700 miles away in a state I had never been to, still trying to pursue my dream of a medical education. A few months later came great news — I had been selected, but not directly to the College of Medicine. I was offered one of 15 spots in the Medical Careers Pathway Post Baccalaureate Program (MEDPATH), a one-year program that helps students prepare for medical school. My admission to the College of Medicine would be contingent on my performance during that one year. There was so much at stake. Do I move my newborn son and wife away from the only place she has ever lived, to a new start where we have no support system, all for an opportunity at my dream that was far from a sure thing?

With an unbelievable amount of sacrifice and support from Megan, we did it. It cost us all of the $10,000 we had managed to save, and we quickly had to learn how to survive in a new environment.

Money was nonexistent. I applied for every form of assistance I could: Medicaid, food-assistance programs, you name it.

That year, I felt like I was constantly grinding. I was 31 years old with a wife and a baby at home, so my circumstances were far different from the average med school student or MEDPATH classmate. But my resolve was strong. I could not put my family through all of this stress only to fail.

In the spring of 2017, I learned I had been admitted to the College of Medicine. I would love to tell you it was a relief, but I knew the journey was far from over. Throughout the next four years, I consistently felt like my dream could shatter at any time.

But through countless hours of hard work, I’ve succeeded. And there are so many more blessings I’ve received along the way to becoming part of the College of Medicine’s graduating class of 2021. Megan and I welcomed our second son, Elijah, in August of last year. Megan has also become a Buckeye herself — she’s enrolled as a graduate student in the Master of Arts in Counselor Education program. And during my time as a medical student, I had another experience at a hospital that illuminated the path I want to take as a doctor. I was working on a fellowship program in Washington, D.C., the summer after my second year, and a 45-year-old mother came to the emergency department after a bout of vomiting. A scan showed that she had bile duct cancer (cholangiocarcinoma), a terminal disease that gave her a life expectancy of about a year and half.

She was apoplectic, as you would expect. But the work of a medical oncologist helped immensely. The doctor was able to set her up with treatment plans, and although we could not change her outcome, we were able to change her trajectory. It was in that moment that I knew I wanted to be that force for good for people in crisis. It connected directly with the same desire to help people that led me to social work.

I am pleased to report that not only will I be able to pursue that dream of being a medical oncologist, I will be able to do so without uprooting my family a second time. In spring of this year, I matched for residency in Internal Medicine at The Ohio State University Wexner Medical Center, where I will pursue a career in medical oncology.

Ohio is home now, for my entire family. I am so, so grateful for the opportunity to pursue my dream at The Ohio State University College of Medicine. The bet that I made on myself five years ago has paid off in ways that would have been unimaginable to me then.

This college, this medical center, this university — they all come together to create such a special place. I am so proud to have made it the place where my dreams came true.