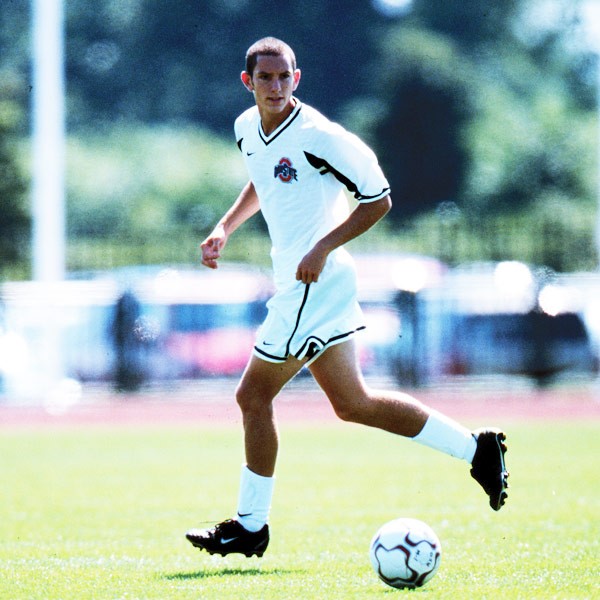 Lance Senn has had as much time to grieve the loss of his son as he had to spend with him.

The grief changes, but it doesn’t diminish. He still chokes up when he recounts the origin of the phrase that became Connor Senn’s legacy.

“One of his teammates, when they went back to playing, just said ‘We should play like Connor today.’ It was a good expression. He was a good teammate, unselfish, pretty quiet.”

Connor died on Sept. 26, 2001, during an Ohio State soccer match at the University of Akron. Unbeknownst to anyone, the 18-year-old freshman had a congenital heart defect that caused him to collapse on the field. His parents were both in attendance.

“He was doing something that he loved, with teammates that he loved and a coach that he loved,” says Lance, who holds undergraduate and dentistry degrees from Ohio State and lives in Granville. “It would be great if other people didn’t have to go through what we went through.”

Thanks to advancements in heart research that have taken place since the tragedy that befell Connor in 2001, including at the Dorothy M. Davis Heart and Lung Research Institute at The Ohio State University, there is hope that others won’t have to experience what the Senns did.

Advancements in genetic research and lower costs for imaging have made it possible to detect issues that might lead to a situation like Connor’s, said Peter Mohler, vice dean for Research at the Ohio State College of Medicine.

That research is supported by donations made via the annual Connor Senn Memorial Match, a game that the Ohio State men’s soccer team participates in. This year’s is Oct. 12 against Cleveland State, in Jesse Owens Memorial Stadium.

Lance established the Connor Senn Memorial Fund shortly after his son’s passing. The fund provides a full soccer scholarship and raises money for the DHLRI.

“It’s just a good chance for people to realize there’s still fundraising going on around it,” Lance says.