Ralph Smucker was given months to live. Cardiac rehabilitation has given him years.

The first thing you notice when you talk to Ralph Smucker is how at peace he is.

You might think, for example, that he would struggle to revisit a conversation he had about two years ago with a doctor, disclosing that he had an incurable disease affecting his heart. 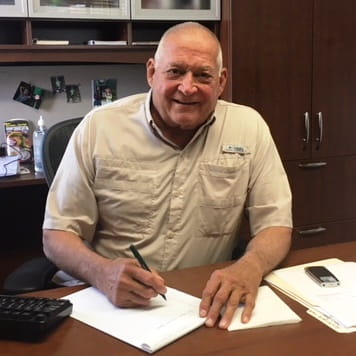 But the Plain City businessman calmly remembers the doctor telling him this in early 2017: “You probably have two to eight months to live, on average. There is no treatment, there’s no cure.”

The disease that had stricken Smucker, 68, is cardiac amyloidosis. Deposits of an abnormal protein in the heart cause the disorder, making it harder for the heart to work. The outlook for anyone with it is poor.

In fact, for Ralph, the outlook had to get worse before it could get better. Fortunately for him, those both happened in short order.

About a year after his diagnosis, he met Yvonne Efebera, MD, at a support group for amyloidosis patients at The Ohio State University Wexner Medical Center. Dr. Efebera is among the team that oversees Ohio State’s Comprehensive Amyloidosis Clinic, which combines multiple disciplines to treat the disease.

Among those treatment options is the Cardiac Rehabilitation Center at The Ohio State Heart and Vascular Center. Ralph was directed to that center by cardiologist Rami Kahwash, MD.

The rehabilitation work showed that Ralph’s heart was in such poor condition that he qualified for a heart transplant. That was the bad news.

“So I was supposed to go before the heart transplant committee. Meanwhile, I kept working out and watching what I ate, and it’s really hard,” Ralph says.

But his work showed dramatic results. Within three months, a key test showed his heart was functioning as normal.

“We can attribute that to the ongoing treatment that he received to optimize his cardiac function,” Dr. Kahwash says. “He received three months of cardiac rehab that helped his functional capacity and helped his quality of life. After completing his cardiac rehab, he was way above the threshold needed for a transplant.

“We are very aggressive about sending our patients to rehab, realizing the importance of cardiac rehab as a complementary treatment to the medical therapy that we do. It’s a very important aspect of our care.”

Ralph’s results were dramatic, but not atypical, says Trish Neel-Wilson, director of the Center for Wellness and Prevention at The Ohio State University Wexner Medical Center.

“A lot of times we see huge changes in functional capacity. Overall, we see a 60 percent improvement in depression. That’s pretty significant for someone like him. We’re used to working with patients who are sicker.”

Ohio State’s Cardiac Rehabilitation staff sees about 80 patients per day, and the program has grown significantly from its beginnings in a small portion of McCampbell Hall to a new, larger space at Outpatient Care Upper Arlington.

Philanthropy has been key to helping extend the program’s benefits to more patients. Gifts to the Cardiac Rehabilitation Access Fund help lower the cost of the program for those who cannot afford it.

The improvement that the program has made for Ralph has affected more lives than just his. 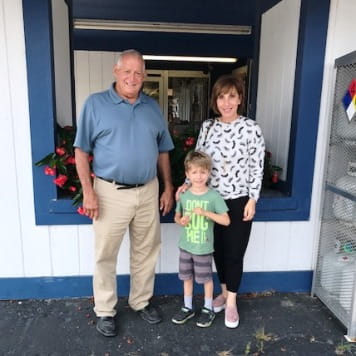 “With 9 grandchildren under the age of 8 years old, I have a lot of reasons to hang around for a while,” he says.