Black Impact 100: A Community Effort to Heal a Community 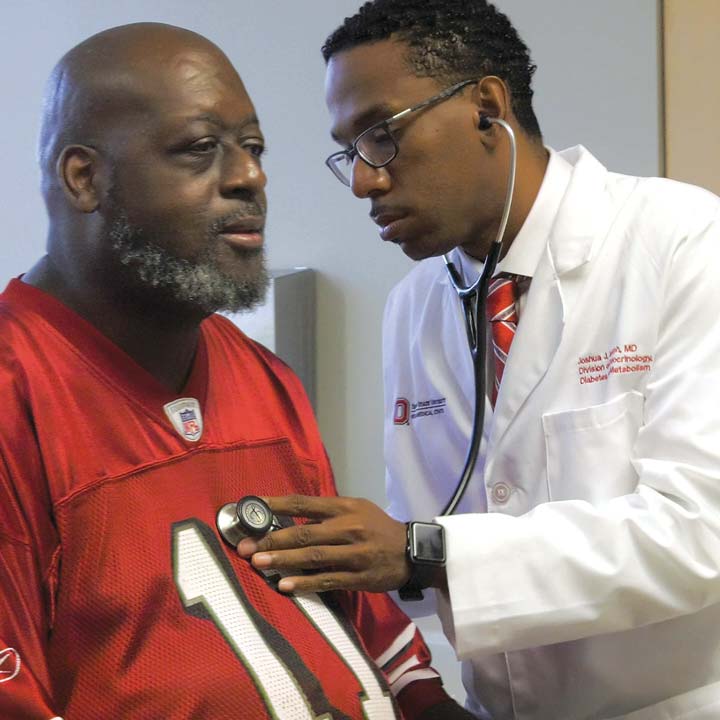 Joshua Joseph, MD, MPH, never got the chance to meet his grandfathers. He twice watched the woman who taught him his ABCs clutch her chest in the throes of a heart attack. The second time his grandmother left for the hospital, she didn’t come back. At just 8 years old, he’d already witnessed how often premature death hits the African American community.

“That’s where the passion developed,” says Dr. Joseph, an assistant professor of Endocrinology, Diabetes and Metabolism at The Ohio State University College of Medicine.

Dr. Joseph’s experiences led to his research focus on the health of special populations—specifically African American men, who have the shortest life expectancy of any racial gender group. At Ohio State and across Columbus, he’s connected with others who share his goals and in the summer of 2020 launched a research study called Black Impact 100.

The 24-week intervention, funded through a Connect and Collaborate grant from Ohio State’s Office of Outreach and Engagement, brings together Dr. Joseph; Darrell Gray II, MD, MPH, a gastroenterologist and associate professor in the Ohio State College of Medicine’s Department of Internal Medicine; Timiya Nolan, PhD, APRN-CNP, an assistant professor in the College of Nursing; and community partners, key among them the African American Male Wellness Agency, a Columbus-based movement founded in 2004 by John Gregory to raise awareness of preventable diseases. 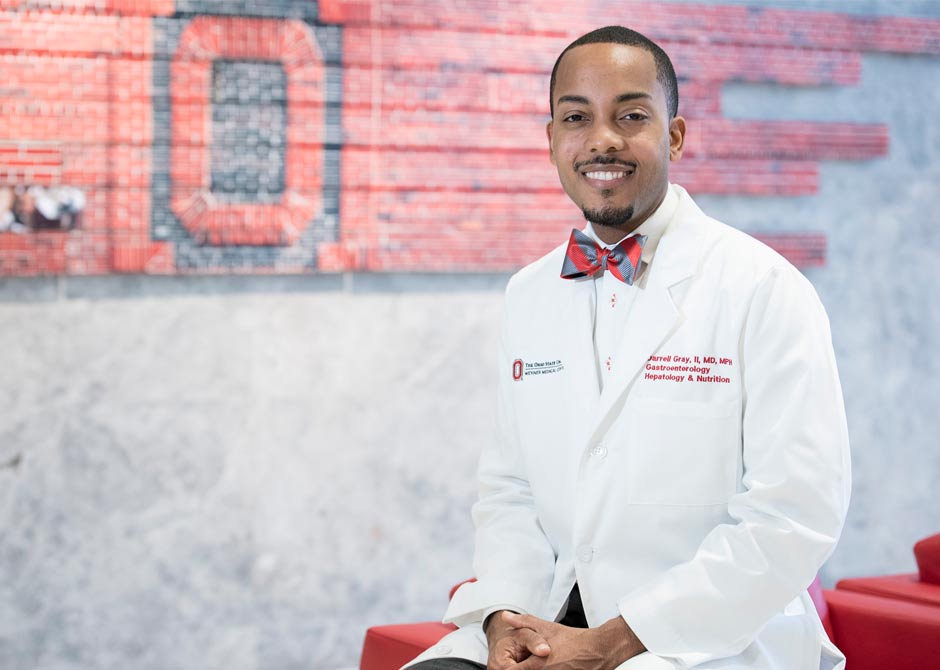 “This is a testament to team science,” Dr. Nolan says. “We’re definitely a broad group of folks from different disciplines, but our common goal is to improve the health of African American men, first in Columbus, and then scale up to the United States and the world.”

For several years, Drs. Joseph, Gray and Nolan—all of whom spent time building trust within the African American Male Wellness Agency and now serve in leadership roles there—worked with the agency to study the health of its annual walk participants, who are screened for the American Heart Association’s “Life’s Simple 7,” the risk factors that people can improve to achieve ideal cardiovascular health: smoking status, physical activity, weight, diet, blood glucose, cholesterol and blood pressure.

They noted that while the men became aware of their numbers, they weren’t successful in improving them.

“So how do we change those numbers?” Dr. Joseph says. “What kind of model can we use to impact the health of Black men?”

A literature review revealed there was no such successful existing model—so Drs. Joseph, Gray and Nolan set out to create it. Working hand-in-hand with the agency, they recruited 100 Black men to work with health coaches and meet once a week for exercise and education.

“One of the things we really value about the research we’re doing is that this is truly community-based research,” Dr. Gray says. “The community partners are involved in every step.”

Agencies across the community have chipped in to help. The City of Columbus Recreation and Parks Department donated 100 free passes, Columbus Public Health and Franklin County Public Health offered to assist with smoking cessation and stress management, and the American Heart Association in partnership with Cardinal Health donated blood pressure cuffs. Others helped meet funding and additional needs.

The goal is for the men to lose 7% of their body weight and achieve 150 minutes of physical activity a week, followed by a secondary goal of getting their blood pressure under control. But the project goes far beyond that, seeking to improve the care Black men receive by addressing social determinants of health that may be a barrier to their journey to wellness; offering implicit bias training to their primary care providers; and increasing the enrollment of Black men in clinical trials.

Early results are promising. Just a month into the study, the 100 men were already seeing drops in weight and blood pressure—and forming strong bonds with the researchers and each other.

“We’re pretty much like a family at this point,” Dr. Joseph says. “And we want that family—and the male African American community as a whole—as healthy as possible, so that little boys don’t have to grow up without their grandparents.”