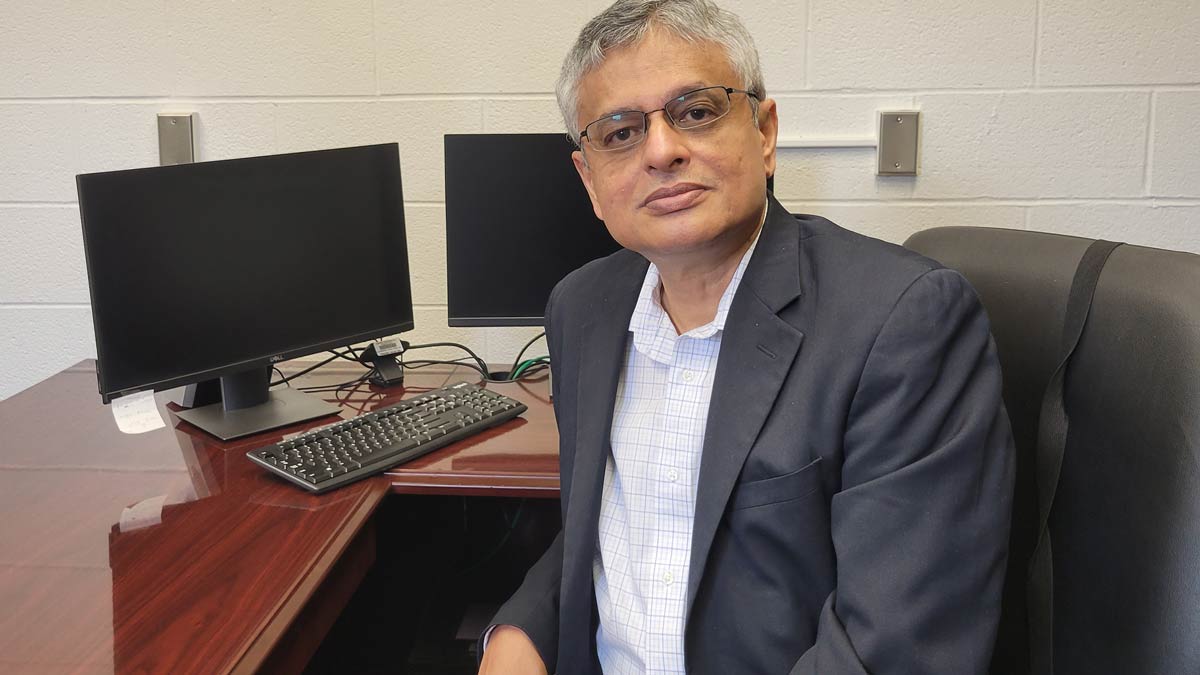 The neurotransmitter dopamine is commonly recognized as a signaling molecule involved in the brain’s pleasure and reward center. Recently, however, researchers at The Ohio State University College of Medicine discovered a groundbreaking new role of dopamine that could jump-start a new cancer therapy.

This research is led by Sujit Basu, MD, PhD, professor of Pathology and Internal Medicine in the Division of Medical Oncology at the Ohio State College of Medicine. He is also a member of the Translational Therapeutics Program at The Ohio State University Comprehensive Cancer Center – Arthur G. James Cancer Hospital and Richard J. Solove Research Institute. His work focuses on the relationship between dopamine D2 receptors and vascular endothelial growth factor-A (VEGF-A), a cytokine signaling protein. VEGF-A induces angiogenesis, a process involving the stimulation of new blood vessels that drives the growth and metastasis of cancer.

Dr. Basu’s previous work showed that through its D2 receptors, dopamine can inhibit VEGF-A-mediated angiogenesis and therefore has the potential to block the growth and spread of disease. This regulatory behavior indicates the dopamine D2 receptor could be a novel target for drug therapies.

Current drug treatments suppress angiogenesis by targeting VEGF-A, but these drugs are expensive and can result in damaging side effects. Conversely, drugs that target dopamine D2 receptors are low-cost options without the harmful side effects.

“Inexpensive selective dopamine receptor D2 agonists with well-established and manageable side effects have been used in the clinics for many years for the treatment of several diseases,” Dr. Basu says.

His research now suggests that applying these dopamine treatments to other angiogenesis-driven diseases like cancer could be promising.

Further research of this bidirectional communication between dopamine D2 receptors and VEGF-A could unlock a new understanding of this pathway, leading to more precision in developing drug therapies.

“The next step will be to translate these findings to the clinics for the management of diseases where VEGF-A plays an important pathogenic role,” Dr. Basu says.

Thanks to Dr. Basu’s research discovery, dopamine D2 receptor agonists have already begun to treat patients with giant pituitary tumors, endometriosis and ovarian hyperstimulation syndrome. Based on his study, these drugs are also successful in the collection of oocytes for cancer patients who plan to become pregnant in the future. Other probable applications include additional therapies for adult macular degeneration and diabetic retinopathy.

The next phase of clinical trials will include testing dopamine D2 receptor agonists on different cancers that rely on VEGF-A-induced angiogenesis for tumor growth and metastasis. According to Dr. Basu’s recent research, these drugs have a bright future in cancer therapy.

“My discovery has a universal application in oncology, gynecology and obstetrics, ophthalmology, vascular biology and neuroscience,” Dr. Basu says. “I am confident that these inexpensive drugs can be used in several cancers where VEGF-A-induced neovascularization plays an important pathogenic role.”

This research was supported by grants from the National Cancer Institute, National Institutes of Health and U.S. Department of Defense.

You can read more about Dr. Basu’s recent work in the Journal of Cell Science.