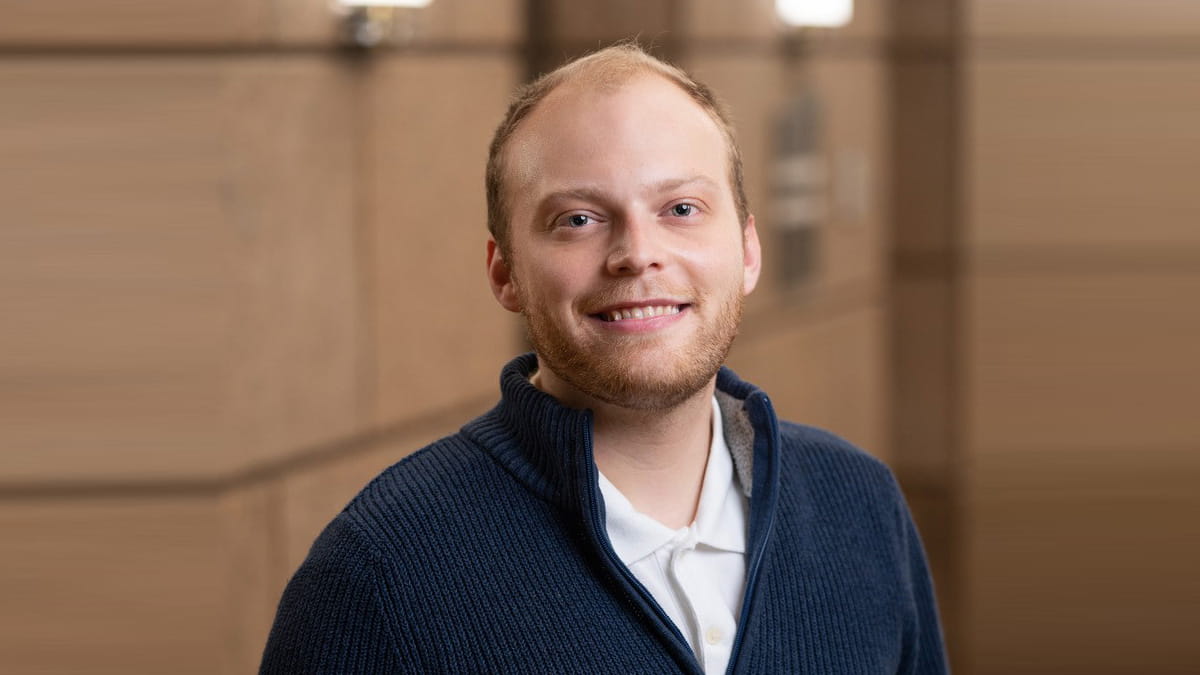 After graduating from The Ohio State University Genetic Counseling Graduate Program (OSU GCGP) in 2018 and relocating to Dayton, Paul Hudson, MS, LGC, hoped he would still be able to work with the same genetic counselors who trained him. He was pleased when many opportunities to collaborate with university genetic counseling faculty and new students arose over the four seemingly short years since graduation. Hudson was also excited to find that relationships built during clinical fieldwork as a student recently resulted in a nomination for an Ohio Association of Genetic Counselors (OAGC) leadership position.

Hudson began working as a prenatal genetic counselor with Premier Health’s Maternal Fetal Medicine, Ultrasound and Genetics Department in his hometown of Dayton, Ohio, in 2018. Although sad to have left Columbus, he was also excited to return home. He began taking on OSU GCGP students as a clinical rotation supervisor almost immediately. Not only did he hope to give back to the program in any way he could, but he was also thrilled to have a connection to the OSU GCGP and stay up to date on the goings-on of the program and his mentors. He quickly found that one of his favorite parts of being a genetic counselor was working with students, and often felt that he learned more from them than he taught.

“I really appreciate hearing what students have to say after a challenging patient case,” says Hudson. “Sometimes they pick up on dynamics between the patient and myself that I didn’t even notice, and I can either build on those dynamics or correct them the next time I speak to that patient or another patient. Plus, they’re learning the most up-to-date information about genetic conditions, testing options and psychosocial counseling strategies, and often share that information with me when preparing for a case, which is incredibly valuable.”

Soon after, Hudson was given the opportunity to serve as an assistant course director for the OSU GCGP’s Advanced Clinical Skills – Reproductive Counseling course. In this role, he has been very happy to share his experiences with prenatal genetic screening and testing with the very same students he often works with as a clinical supervisor. Hudson has found that this has been extremely rewarding, as it feels like he can pass on the knowledge he obtained from his mentors in both the OSU GCGP and Premier Health to the next generation of genetic counselors. His goal is always to apply the same principles of effective communication that he was taught as a student in the OSU GCGP to his in-class lectures and activities.

In 2020, Hudson was also offered a role on the OSU GCGP’s Curriculum Development and Assessment Advisory Board. He was thrilled to be able to take his experience with the curriculum and be given a voice in how to alter and strengthen it further. In addition, he was able to work even more closely with Ohio State faculty and build on the already rewarding task for influencing the experiences and outcomes for current and future students.

In 2021, Hudson was contacted by a former rotation supervisor to consider running for a leadership position with the OAGC Board of Directors. Hudson was thrilled that his experiences as a student with the OSU GCGP would directly lead to a leadership opportunity only four years later. In October, he was chosen President-Elect of the OAGC, and will serve from 2022-2024. His first year will be spent shadowing current President-Elect Meghan DeBenedictis, MS, CGC, followed by one year as president and one year as Immediate Past President. As part of this role, he will continue build a network of Ohio genetic counselors. He looks forward to learning more about this position and the many new and ongoing projects that the OAGC is working on, including the annual education conference.

If you'd like to connect with a student or alumni of the Ohio State Genetic Counseling Graduate Program, please contact our office at OhioStateGCGP@osumc.edu.