Ohio State’s College of Medicine has a long tradition of excellence.

Over a hundred years ago a group of forward-thinking central Ohioans recognized the value of integrating medical education with innovative research and science-based care.

With that in mind, leaders at The Ohio State University opened our College of Medicine in 1914. Since that time, over 20,000 medical alumni have trained at Ohio State. Read more about our rich history and the leaders who have helped shaped it. 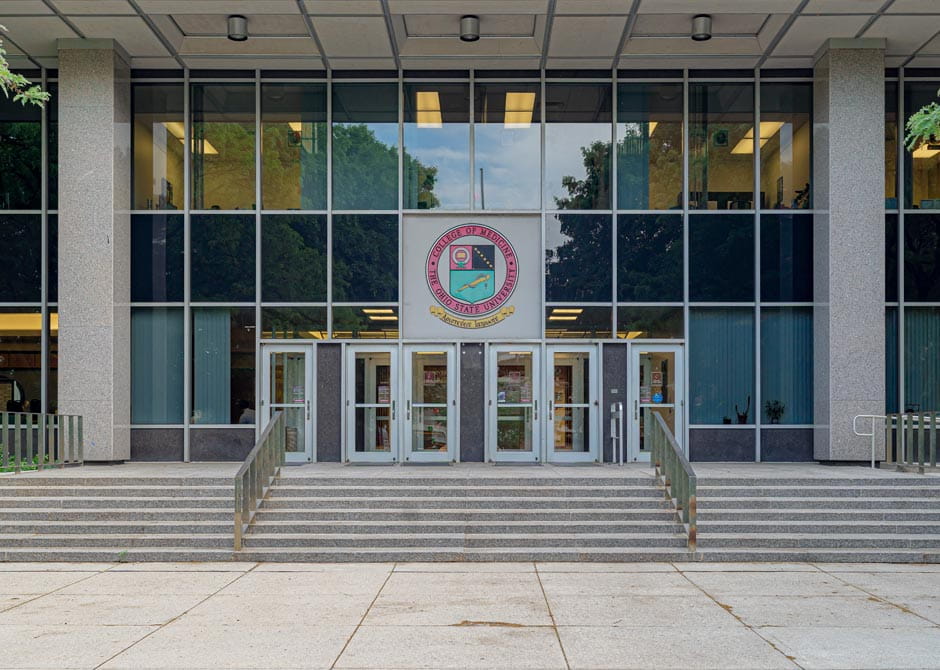 The world is changing. Medicine is changing. At The Ohio State University College of Medicine, we are leading the way.

Our new strategic plan provides a clear vision for our collective future, affording countless opportunities to imagine and realize amazing new heights. The plan includes a massive 15-year construction program that will set the standard for academic medical centers of the future, creating dynamic research spaces and inventive clinical and learning environments. These advanced facilities and our expert faculty provide students with a unique learning environment that very few places can offer.

Research continues to be a high priority. We are more determined than ever to create an environment where faculty and members of the research community are fully supported. A new multidisciplinary, cutting-edge biomedical research tower will bring together diverse research efforts under one roof to facilitate the discovery process. By creating a culture of excellence and providing our people the unmatched facilities and support, our latest discoveries will translate into more effective treatments and improved wellness for everyone.