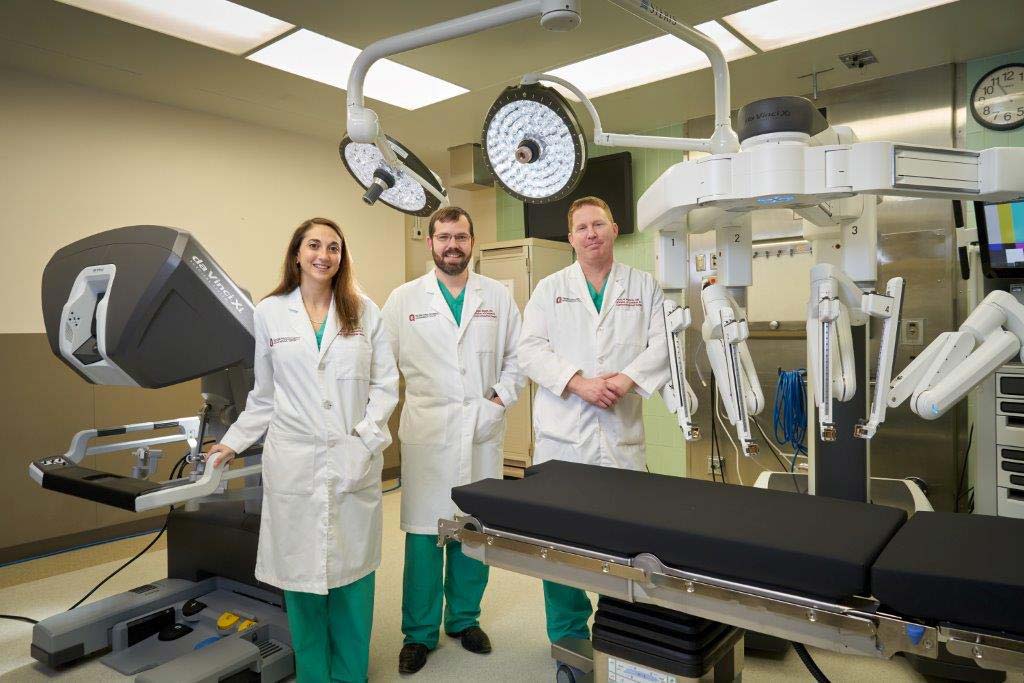 To reach 1,000 cases in such a short period has taken a team effort, and the family to support the program has grown. In addition to meeting this significant milestone metric, we have also grown the experience for the surgical residents and fellows at Ohio State. Since the creation of the East Hospital robotics program, 13 residents have graduated with robotic certification. This has helped propel Ohio State’s General Surgery program to the forefront of robotics nationally.