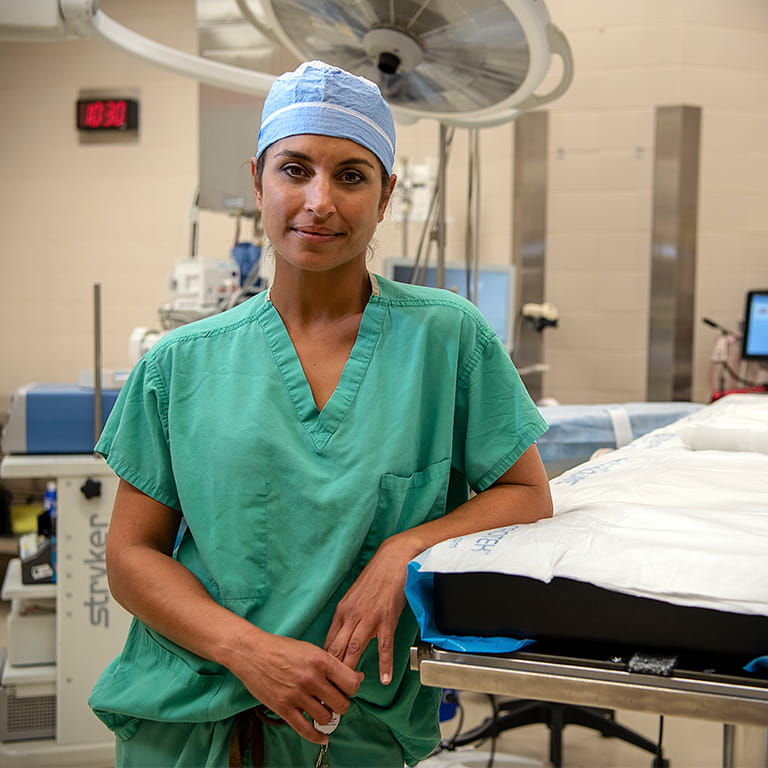 Sabrena Noria, MD, PhD, FACS, received a large institutional grant to study patient-centered outcomes as they relate to obesity and bariatric surgery. In reviewing the data from patients who had bariatric surgery at the Ohio State Wexner Medical Center from 2014–2016, Dr. Noria found there was a significant disparity in postsurgery readmission rates between Medicare and Medicaid patients and all other patients covered under different insurance providers.

The number of Medicare and Medicaid patients receiving bariatric surgery at the Ohio State Wexner Medical Center continues to increase, so determining why this disparity exists is critical to long-term patient outcomes.

Dr. Noria’s hypothesis is that many barriers to care are causing this disparity, whether it be health literacy, lack of a primary care physician, unreliable transportation or obesity bias.

“There has been a lot of research in the emergency medicine world about the lack of a primary care physician and other social determinants leading to the overuse of the emergency room and more frequent readmission rates, but there hasn’t been much done specifically to study bariatric surgery in this way,” Dr. Noria says.

This mixed method study began in May 2019 and will follow patients for up to 12 months after surgery during their normal postsurgery visits to track readmission rates and the reasons that led to the readmissions. Patients will fill out a survey and be interviewed by a researcher so that the team can start to identify common themes that are causing this disparity in readmission rates.

After the initial data is collected, the team will determine the most common themes from the open-ended interviews and use those plus the responses from the quantitative survey to create a master survey that will be administered across all bariatric surgery patients during their follow-up visits.

“Our hope is that by identifying the obstacles that promote patients seeking care in the emergency department, we can mitigate these barriers and reduce the readmission rate among Medicare and Medicaid patients,” Dr. Noria says.

Post-study, she foresees an outpatient bariatric surgery navigator to help patients manage hurdles that might prevent them from seeking appropriate follow-up care before it becomes emergent.

“There are so many social and psychological factors that affect this, and we can’t just rely on the EMR to tell us the full story,” she says.

Initial data collection will continue through January 2020, and the general population surveys will be administered for the following 12 months, with the goal of evaluation and creating an intervention in 2021.