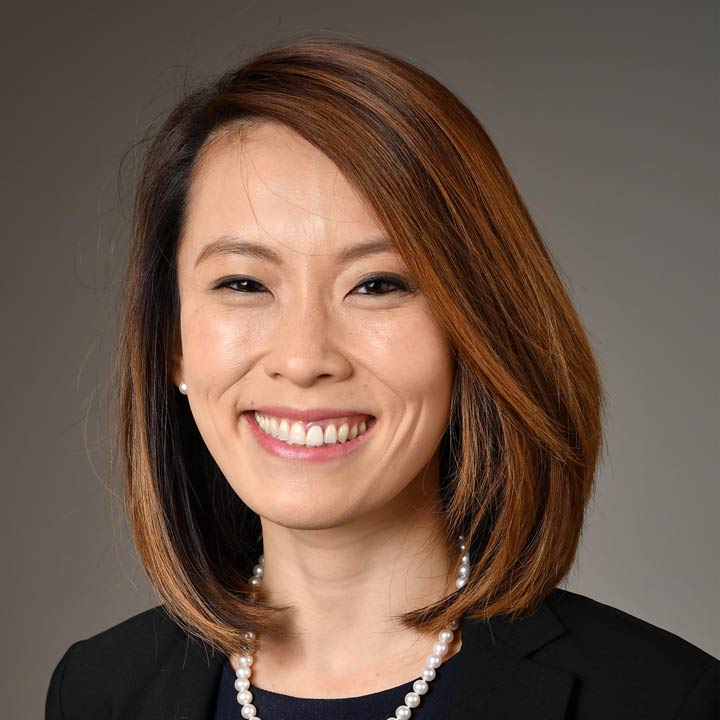 Although it wasn’t the career path she originally envisioned – she initially pursued journalism but found the atmosphere not quite what she had hoped – vascular surgery is where Kate Peng, MD, belongs. Earlier volunteer experience at hospitals revealed a better fit with her desire to help others. “It’s a privilege to be in medicine, and vascular surgery in particular,” she says. “I believe the best care requires a real investment in someone’s life, and it’s rewarding to serve as someone’s rock when they’re at their most vulnerable.”

Dr. Peng’s overriding goal is to make sure every patient understands their condition and each aspect of their treatment. She’ll typically draw out the vascular system on paper so patients can see and better understand their own pathology. The drawing can prove particularly useful as patients and families head home and have more time to reflect on what’s next for their long-term care. “Most people don’t know much about the vascular system when they first arrive in my office, but the more they learn, the better our partnership becomes. We’re on the same team – I want their input, and I want them to advocate for themselves,” she says. “When we’ve had open, honest discussions and the patient is more informed, we can tackle all aspects of their care together. They recognize everyone on their surgical team is on their side.”

Despite finding early exposure to vascular surgery “intimidating,” Dr. Peng credits mentorship for her eventual selection and progress in the specialty. “I’ve had some fantastic mentors who have been genuinely invested in me and my success.” Under their guidance, she’s mastered a range of operations, from traditional open to complex endovascular reconstructions. “What I’ve learned about vascular surgeons – and this rings true of the vascular team at Ohio State – is that they are remarkably open-minded. As a field, they are always looking to evolve and push the envelope to provide the best possible care,” she says.

Dr. Peng came to Ohio State after completing her vascular surgery fellowship at the University of Texas Health Science Center at Houston. Her undergraduate degree in biology is from Cornell University, she graduated from Northwestern University Feinberg School of Medicine, and she completed her general surgery residency at Mayo Clinic Hospital.

At the Wexner Medical Center, Dr. Peng operates at Ross Heart Hospital and East Hospital. She sees clinic patients at the new Outpatient Care New Albany and will also be operating at the soon-to-open vein procedures clinic in the same location. In addition, she holds clinic at East Hospital. “I enjoy the variety of patient populations and different hospital settings where I get to practice,” she says. “At Ohio State, I hope to add research that explores how different health care settings – from rural to urban hospitals, community to academic health care centers – compare in relation to vascular surgery capabilities, patient safety and outcomes. My goal is to better understand where gaps exist and how they might be addressed.”