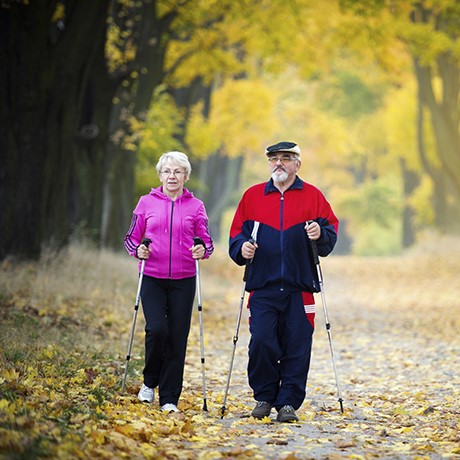 Investigators at The Ohio State College of Medicine are leading the way in the use of gene therapy to conquer debilitating diseases such as sarcopenia, an aging-related disease of the neuromuscular system resulting in loss of muscle mass and leading to impaired mobility, loss of independence and increased risk of mortality.

A newly awarded R56 grant from the National Institutes of Health (NIH) is giving the research team a chance to make further inroads into the understanding and treatment of sarcopenia in older adults by testing a novel gene therapy to determine whether high levels of survival motor neuron (SMN) protein can be neuroprotective or increase neuroregeneration during the aging process.

Past studies, co-led by W. David Arnold, MD, an associate professor in the Department of Neurology at The Ohio State University College of Medicine, and Arthur Burghes, PhD, professor in the Department of Biological Chemistry and Pharmacology, have shown that losses of motor neurons appear to play an important role in loss of muscle function during aging. More recently, the Arnold team investigations have identified a potential strategy to lessen the impact of motor neuron loss and sarcopenia — increasing SMN protein.

“Prior work has shown that motor neurons are lost with aging,” explains Dr. Arnold, lead investigator in the study. “Using some novel techniques in mouse models, we recently showed that loss of muscle size and function are tightly correlated with loss of motor neurons during aging. In other words, weaker mice with less muscle showed fewer functional motor neurons.”

In a prior study, Dr. Burghes and Dr. Arnold were part of a team that successfully used gene therapy to increase SMN protein in infants afflicted with spinal muscular atrophy, a rare and leading genetic cause of infant mortality.

Building on these findings, the new study will explore the use of the SMN protein as a therapy to improve motor neuron maintenance and repair in patients with sarcopenia.

“In this grant we are investigating whether high levels of SMN can be neuroprotective or increase neuroregeneration during aging,” Dr. Arnold says. “SMN protein is reduced in the pediatric motor neuron disorder, spinal muscular atrophy, and our team recently used gene therapy to increase this protein in infants affected by spinal muscular atrophy,” a treatment that is now FDA approved for patients with this fatal disease.

Dr. Arnold predicts that treatment therapies that can effectively reduce the effects of aging on the neuromuscular system will also impact other genetic and acquired forms of neuromuscular disease.

“Therapies that can effectively reduce the effects of aging on the neuromuscular system will also likely have impact in other genetic and acquired forms of neuromuscular disease,” Arnold says, adding that further research is needed to determine why high SMN protein levels are critically important for the maintenance and repair of motor neurons.