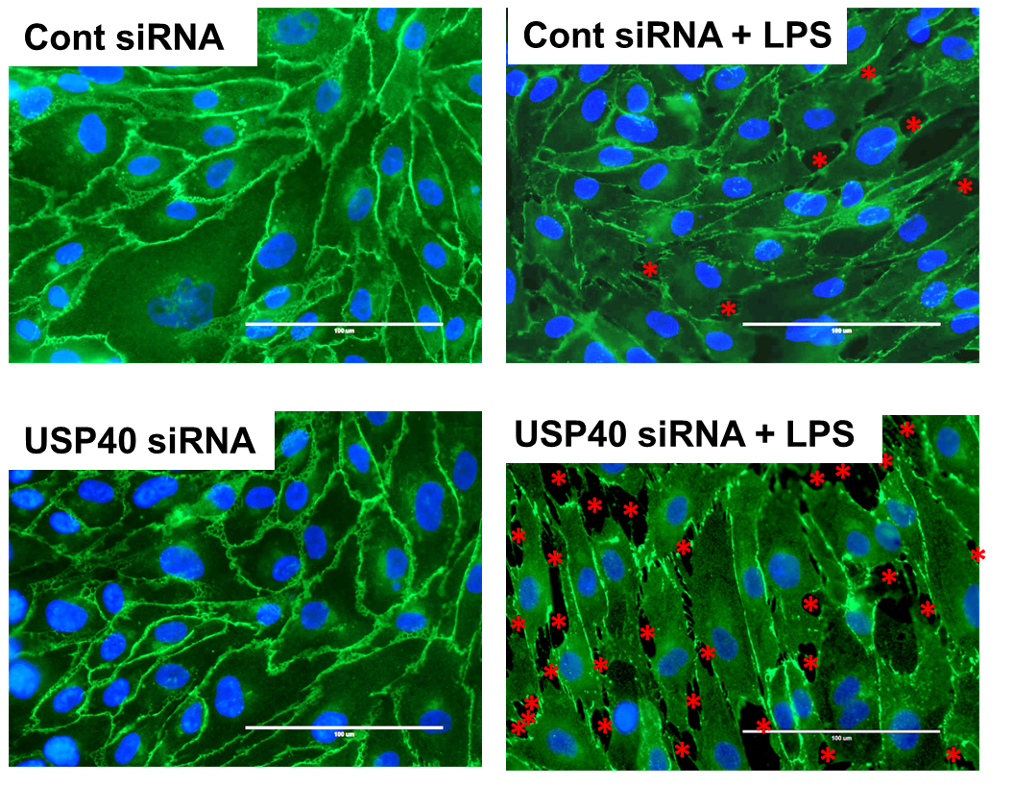 Acute lung injury (ALI) is a life-threatening, inflammatory lung condition that remains a significant cause of mortality in critically ill patients. ALI is most commonly caused by a bacterial or viral infection, such as pneumonia or sepsis, and is responsible for approximately 200,000 deaths per year in the U.S., alone. SARS-CoV-2 virus infection causes ALI and death in COVID-19 patients.

Patients with ALI suffer severe oxygenation impairment, alveolar edema (the accumulation of fluid in the air spaces of the lungs) and, eventually, pulmonary hypertension. Treatment is often limited to mechanical support from a ventilator, which, in itself, can result in serious damage to the lungs. Research scientists and physicians alike agree that new therapies are needed to effectively halt the onslaught of ALI.

Jing Zhao, MD, PhD, associate professor in the Department of Physiology and Cell Biology at The Ohio State University College of Medicine, has been studying the biological mechanisms at work in ALI for more than a decade, focusing on the molecular regulation of innate immunity, lung endothelial inflammation and barrier integrity and the role of the ubiquitin-proteasome system in the pathogenesis of ALI.

The ubiquitin-proteasome system (UPS) is a complex of enzymes responsible for regulating proteins that control cell-cycle progression as well as apoptosis, a form of programmed cell death necessary for ridding cells of damaged or nonfunctional proteins. The UPS system, aptly described as “the garbage disposal system of the cell,” marks proteins for destruction by linking to the polypeptide co-factor, ubiquitin.

Heat shock protein 90 (Hsp90), a molecular “chaperone” protein essential for cellular survival, has been known to contribute to the pathogenesis of ALI by promoting pro-inflammatory responses in lung cells and increasing endothelial cell permeability, impairing the ability of the heart to pump efficiently. Inhibition of Hsp90 activity by small molecule inhibitors has been shown to dramatically reduce the severity of ALI in animal models. However, molecular regulation of Hsp90 has not been well studied.

Dr. Zhao and her team are gearing up to investigate one of those inhibitors, ubiquitin carboxyl-terminal hydrolase 40 (USP40), in an upcoming study that aims to “harness” ubiquitination in ALI and pave the way for the development of novel therapeutic approaches in its treatment.

In earlier studies, “we found that Hsp90 can be mono-ubiquitinated and that mono-ubiquitination may compete with acetylation (the process that repairs damaged genetic material) of Hsp90 to increase Hsp90 activity,” says Dr. Zhao. “We determined that USP40 deubiquitinates Hsp90, resulting in inhibition of Hsp90, and we are hopeful that this new study will demonstrate the role of USP40 in slowing or halting the advance of ALI.”

Using mouse models, these new studies aim to (1) characterize the molecular mechanisms by which USP40 mitigates pro-inflammatory responses and pulmonary barrier disruption through deubiquitination of Hsp90; and (2) determine if USP40 de-mono-ubiquitination of Hsp90 plays a protective role in ALI. These studies will be the first to elucidate the protective role of inactivating Hsp90 with USP40 against acute lung injury and will be critical in the development of novel therapeutics to diminish pro-inflammatory responses and endothelial dysfunction in acute lung injury.

Rama Mallampalli, MD, chair of Internal Medicine, and Yutong Zhao, MD, PhD, professor of Physiology and Cell Biology, are co-investigators of this study.