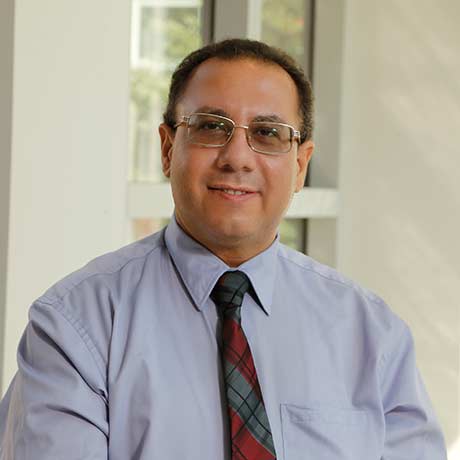 Professor Youssef is the Director of Clinical Research, a neuroscientist and psychiatrist in the Department of Psychiatry and Behavioral Health at the The Ohio State University. He is a leading expert in the areas of neuromodulation and genomics medicine. He utilizes these tools to understand the mechanism or use as therapeutics for treatment-resistant functional brain diseases, but many of his prior studies focused on mood disorders, PTSD and suicide prevention.

Dr. Youssef was the principal investigator on studies on Transcranial Magnetic Stimulation (TMS), Electroconvulsive Therapy (ECT) nationally and internationally. He designed and was the principal investigator on the first proof of concept clinical trial of low amplitude seizure therapy and a pilot randomized clinical trial in humans to reduce or avoid cognitive/memory side effects of ECT, among other ECT studies. He led and consulted on the first comparative effectiveness clinical of Magnetic Seizure Therapy (MST). He also did initial studies of DBS parameters and utilization.

He has presented his research findings in over 150 published manuscripts and over 100 published research abstracts, and as a speaker nationally and internationally in several continents. He has also been frequently invited to present some of his work and ideas to the public in several TV, radio and newspaper interviews.

Other than contributing to science via his studies and writings, he serves on several editorial boards, two edited books, one on Neuromodulation and another on Epigenetics, and is a reviewer for several scientific journals and granting institutions in the U.S., Europe and Asia.