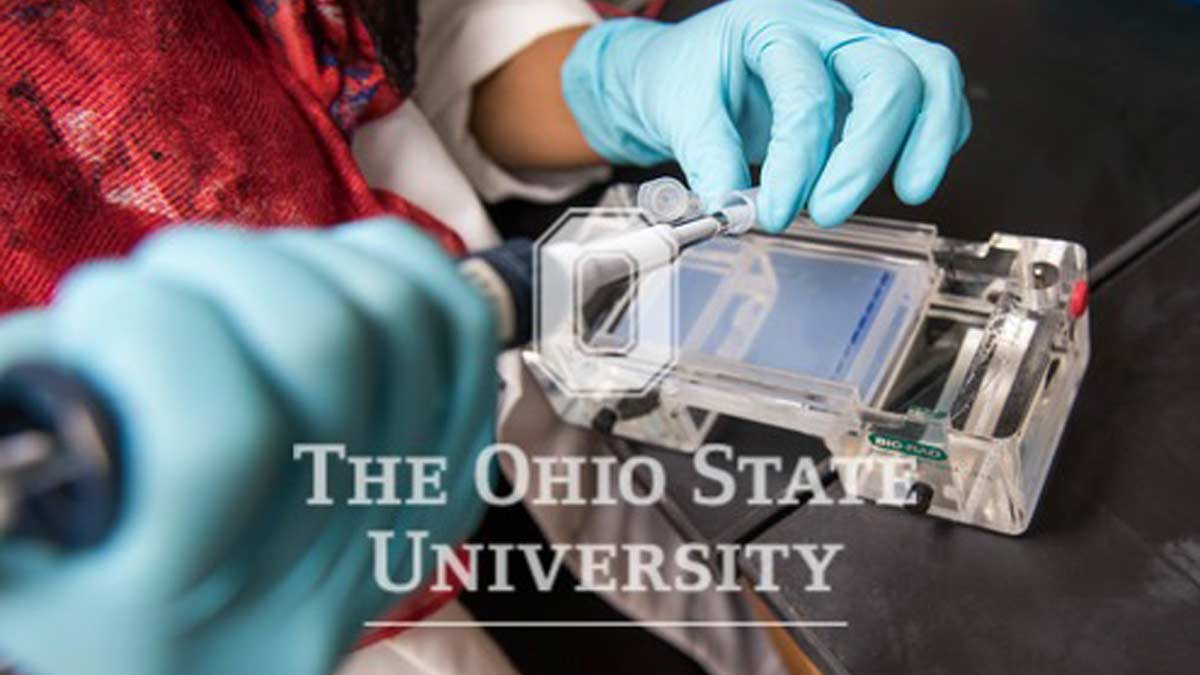 Outstanding contribution and research impact were the key criteria qualifying visiting international scholars for participation in The Ohio State University’s 15th Annual International Scholar Research Exposition. Of the 10 researchers chosen from more than 800 international scholars visiting Ohio State’s campus from around the world, two scholars representing the Ohio State College of Medicine were selected: Albert Dahdah, PhD, a research scientist in Cardiac Surgery, and Rajni Kant Shukla, PhD, a postdoctoral trainee in Microbial Infection and Immunity. They were among the honorees who presented their high-impact work in 3-minute videos and received recognition from Ohio State’s Executive Vice President for Research, Innovation and Knowledge Enterprise Grace Wang, Senior Vice President Morley Stone and Vice Provost Gil Latz at a virtual ceremony on March 30.

J-1 visiting scholars are on campus to receive practical training that is not available to them in their home countries, as well as to apply their special skills in contributing to their individual fields of study.

Dr. Dahdah worked alongside faculty mentor Prabhakara Nagareddy, PhD, an associate professor in the Ohio State College of Medicine’s Division of Cardiac Surgery, to study the role of neutrophils in myocardial infarction (MI), better known as a heart attack, one of the leading causes of death in the world today.

The Ohio State University team conducted a series of experiments to understand the process of early infiltration of neutrophils by:

The team found that the early recruitment of neutrophils to the heart during MI is orchestrated by catecholamine-induced stress demargination. They also found that the number of neutrophils infiltrating the heart is directly correlated with both the infarct size and the decline in the left ventricle ejection fraction indicating how well the left ventricle can pump blood to the body. Blocking the stress pathways was found to decrease the neutrophil recruitment to the heart, suggesting that MI induced catecholamine stress and demargination are the main triggers for early neutrophilic accumulation in the heart.

The study concluded that uncontrolled infiltration of neutrophils to the infarct, particularly during the early hours, may cause more harm to patients of MI. Further, strategies aimed at preventing demargination of neutrophils by targeting catecholamine-induced stress early in the onset of MI can result in lower tissue damage. The work of this team is paving the way for further investigations into the development of treatments to help recover from MI before it results in permanent damage to the heart.

Dr. Shukla has spent the last few years investigating the role of tonsillar immune cells in rhesus macaques during simian immunodeficiency virus (SIV) infection in the lab of Ohio State immunologist Namal Liyanage, PhD. Dr. Liyanage’s work in understanding the role of immune cells in the pathogenesis of SIV human immunodeficiency virus (HIV) led to his participation in the discovery of the first human vaccine trial to show limited but significant protection from HIV acquisition in rhesus macaques.

One of the earliest signs of HIV infection is the occurrence of mucosal lesions, important in the early diagnosis and monitoring of the progression of HIV into acquired immunodeficiency syndrome. Tonsils are considered oral-pharyngeal mucosal associated lymphoid tissues and play an important role in oral mucosal immunity. However, detailed study of human tonsillar immune cells during HIV infection is restricted due to limited sample availability.

Dr. Shukla and his team investigated the role of innate and adaptive immune cells in the tonsils of rhesus macaque using high dimensional flow cytometry analysis to measure cell types. During that work, they identified a novel innate B cell subset that significantly increases during SIV chronic infection in the macaque tonsils, as compared to other mucosal tissues, suggesting that the SIV associated immune responses are significantly distinct in the tonsils.

Their work is broadening our understanding of the oral innate immune system during SIV infection and laying the groundwork for future studies in evaluating the role of tonsillar immune cells during HIV associated oral mucosal infection.