Take a front row seat with an award-winning journalist from the Wall Street Journal for an exclusive event exploring breakthroughs in science and health policy.

Join us at an event featuring Gregory Zuckerman, an award-winning Wall Street Journal investigative journalist and New York Times #1 Best Selling Author as he discusses his book A Shot to Save the World: The Inside Story of the Life-or-Death Race for a COVID-19 Vaccine. 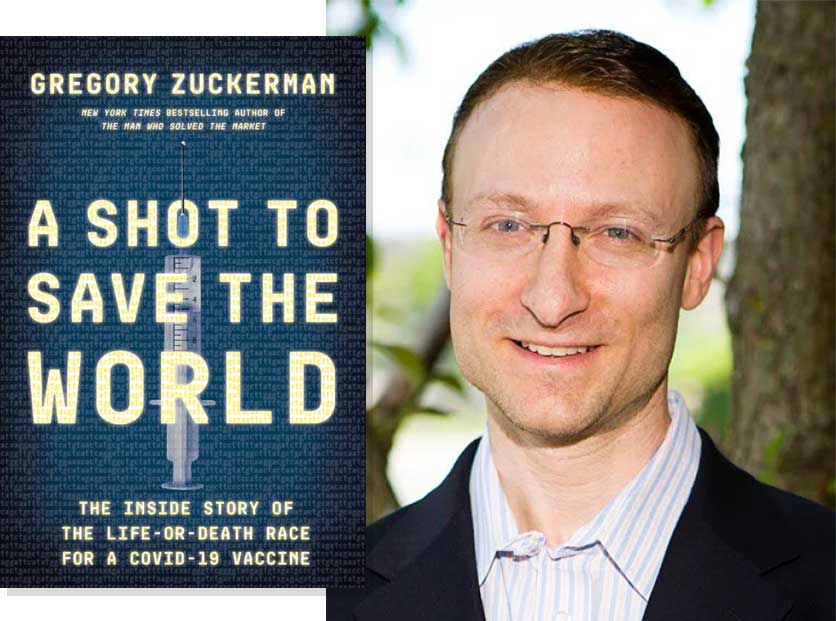 A Shot to Save the World

In his book, Zuckerman takes us inside the top-secret laboratories, corporate clashes and high-stakes government negotiations that led to effective shots. Deeply reported and endlessly gripping, this is a dazzling, blow-by-blow chronicle of the most consequential scientific breakthrough of our time. It’s a story of courage, genius and heroism. It’s also a tale of heated rivalries, unbridled ambitions, crippling insecurities and unexpected drama. A Shot to Save the World is the story of how science saved the world.

Gregory Zuckerman is a Special Writer at the Wall Street Journal, a 20-year veteran of the paper and a three-time winner of the Gerald Loeb Award. An author of numerous books, he appears regularly on CNBC, Fox Business, Yahoo Finance, Bloomberg Television and various television networks. He also makes regular appearances on National Public Radio, BBC, ABC Radio, Bloomberg Radio and radio stations around the globe.