History of the Department of Otolaryngology 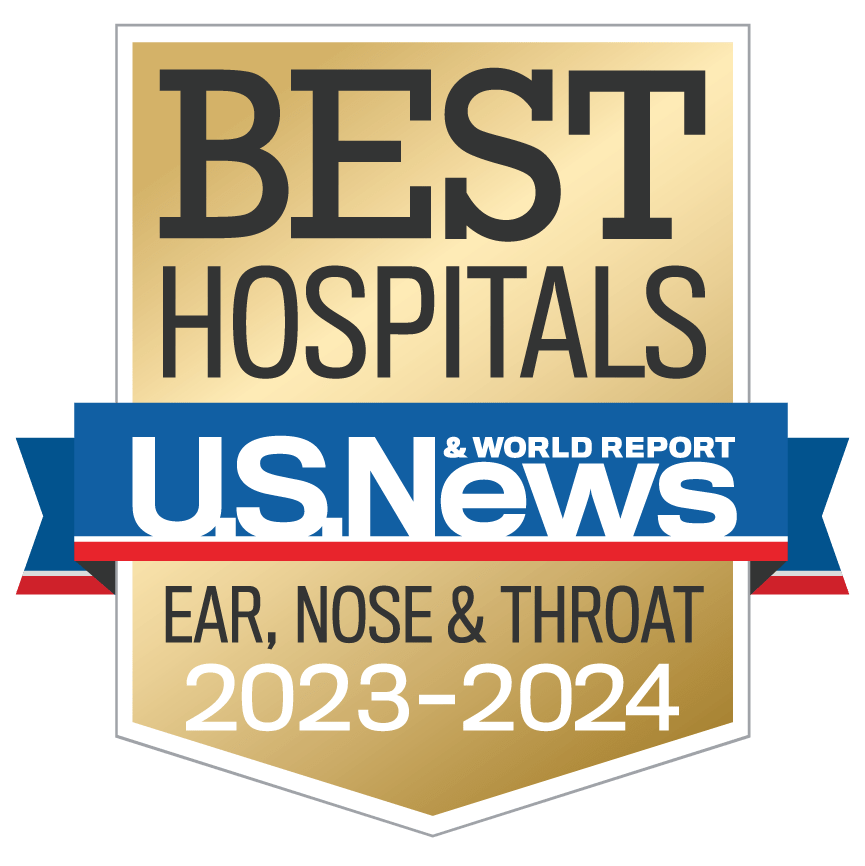 1700s
In 1796 the Connecticut Land Company purchased three million acres in the Connecticut Western Reserve and arranged for settlers from New England to travel by boat from Buffalo into Ohio. The name Chagrin came about when the settlers found unexpected falls blocking their passage along the river. They stopped there and founded a town, giving it a name that indicated their feeling of the moment. Westel Willoughby was a 23-year-old physician, trained by the preceptor method, who built a successful practice in Chagrin. He eventually founded Willoughby University of Chagrin.

1800s
In 1834 the Ohio Legislature passed two bills, which eventually would bear on our lives. The first was a charter for the City of Columbus and the second a charter for Willoughby University of Lake Erie, located at Chagrin, Ohio. In 1834, there were no colleges of medicine west of Ohio and only a total of 27 in the country. In the Western Reserve at that time there was a Western Reserve College and Oberlin Collegiate Institute, besides several academies. In Ohio, there were the Medical College of Ohio at Cincinnati and the reformed Botanic Medical School of Worthington.

"Eighteen hours after leaving Cincinnati, we got to Columbus at 3 a.m. I remember being congratulated by the urbane clerk at the hotel on having made a speedy trip."

As the legislation for the merger was prepared, all went well but the bill was unexpectedly amended: to the surprise of the faculty there were two medical colleges in The Ohio State University - a College of Homeopathic Medicine had been added. This latter college was discontinued in 1922. 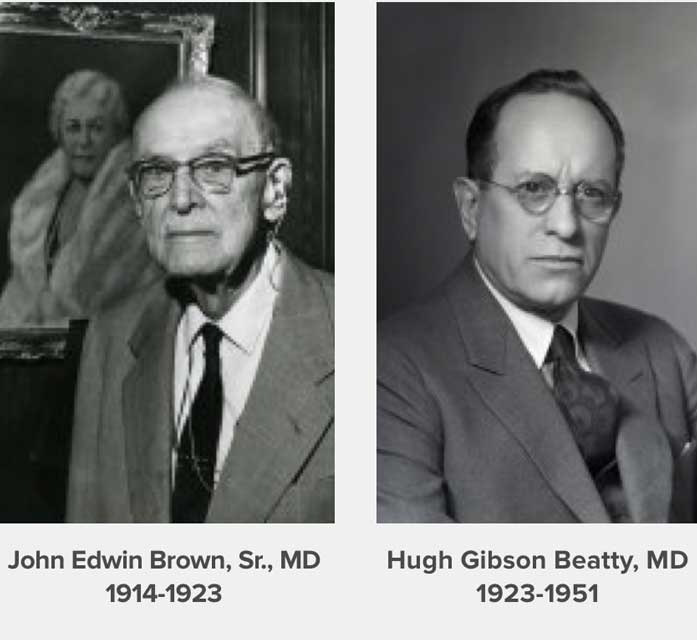 Dr. Brown became president of the American Academy of Ophthalmology and Otolaryngology and lived 103 years. He was honored on the occasion of his 100th birthdate by Howard House, who presented him with a certificate describing him as the only true centurion among living otolaryngologists. It is interesting that Dr. Brown served as a physician to the Ohio Penitentiary since our residents now service that institution.

Hugh G. Beatty, MD, became head of the department in 1923. Dr. Beatty was an influential member of the Columbus medical community, a member of The American Laryngological Association, and was instrumental in founding The American Board of Plastic Surgery. He was particularly interested in head and neck surgery, bronchoesophagology and plastic surgery with special reference to the repair of cleft lip and palate.

Dr. Beatty retired in 1951 at age 70, but continued to practice for over 20 years. He was followed as chairman of the department by Russell G. Means, MD, who held the position only one year. Dr. Means was succeeded by Edward Harris, MD, who was chairman until his death in 1961.

For a number of years, otolaryngologists in neighboring cities such as Gallipolis, Newark, Marion, Springfield and Lancaster were appointed to the staff and more recently this practice has been re-established with the appointment of physicians in Zanesville.

William Saunders, MD, joined the faculty in 1954 as assistant professor and was the first full-time member of the department. He became chairman on the death of Dr. Harris and retired from the chairmanship in 1984, when he was succeeded by David Schuller, MD.

Timeline of establishment for the Department of Otolaryngology