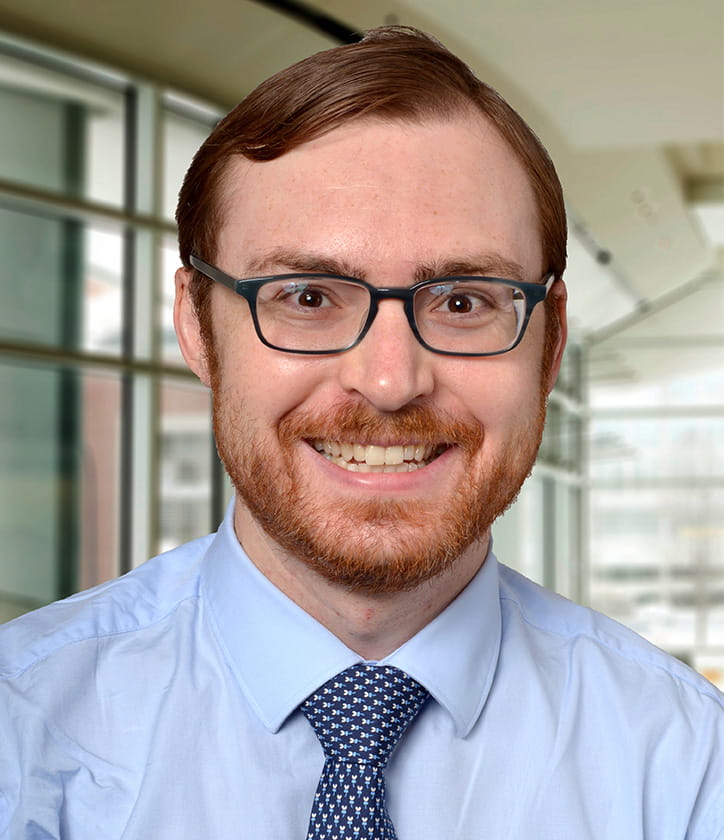 I grew up in a Temperance, Michigan just over the border from Toledo. After graduating from University of Michigan with a Biochemistry degree in 2009, I moved to Columbus to attend the Ohio State College of Medicine. Although I would eventually join the MD/PhD program, I had not yet discovered my love for research and initially began on the traditional MD track.

My first laboratory experience came as a college senior in the lab of Dr. Michael Uhler, where I studied how transcription factor co-expression influenced neuronal differentiation. Growing enthusiasm for research lead me to join the lab of Dr. Phillip Popovich as a medical student, shifting my focus to immune activation in the context of spinal cord injury. This work ultimately formed the basis of a Journal of Neuroscience publication and solidified my desire to become a physician scientist. My interest in immunology grew while in the Popovich lab, but I had also developed an affinity for oncology during medical school and intended to explore this area further. This led me to the lab of Dr. John Byrd and Dr. Natarajan Muthusamy, who agreed to support my application for a Pelotonia fellowship. Ultimately, this led me to pursue a PhD with a focus on cancer immunology.

During this time, I largely focused on the study of immunotherapy in Chronic Lymphocytic Leukemia (CLL). My thesis work revolved around novel immunotherapeutic strategies targeting the B-cell surface protein CD37. A significant portion of this work was published in Leukemia, where I described characterizing a novel transgenic mouse model of CLL expressing the human CD37 protein, facilitating the subsequent preclinical evaluation of various CD37-targeted therapies. In addition to the study of CD37, a considerable portion of my work involved the BTK inhibitor ibrutinib and chimeric antigen receptor (CAR) T-cells. Along with our collaborators at University of Pennsylvania, we found that ibrutinib could enhance both the in vivo efficacy and ex vivo generation of CAR T-cells, which was the subject of an article we published in Blood.

My future goal remains to pursue a career as a Hematologist and translational researcher, with my primary research interest being immunotherapy for hematologic malignancy.  When applying for residency I sought a program that would support my future goals as a physician scientist. This meant finding an institution with not only a fantastic Hematology department, but also one that would provide a strong Internal Medicine foundation. In this regard, Ohio State was an excellent fit to continue developing both my clinical and research skills. Having spent several years in Columbus prior to residency, I was confident that this program would provide the tools needed to achieve my goals and knew the academic environment was one I could thrive within for years to come.