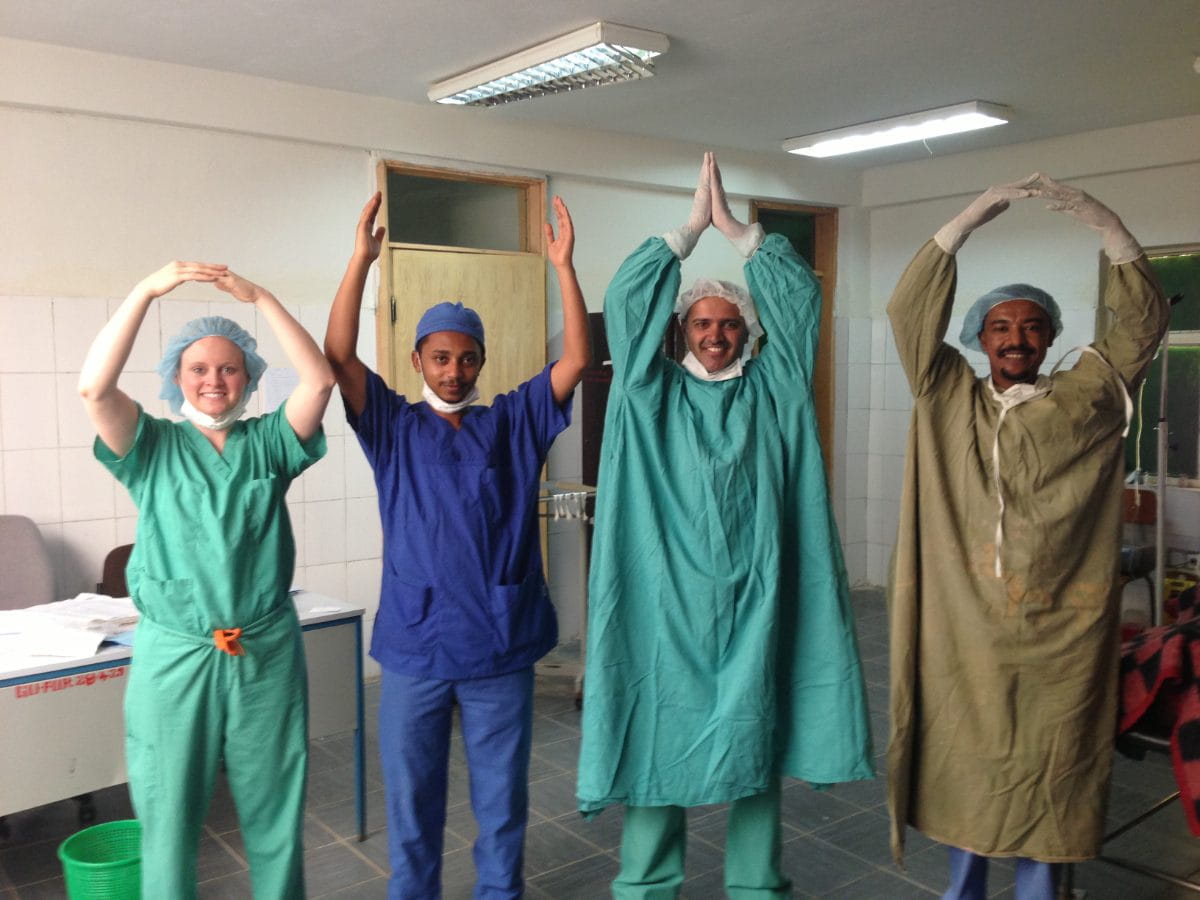 Ethiopia is often referred to as the “cradle of civilization” because it is widely believed to have been the origin of the human race. Today, it is home to over 100 million people and has one of the fastest growing economies in east Africa. Despite this, there are fewer than 100 qualified eye doctors in Ethiopia, with the majority located in the capital city and biggest towns. Consequently, there are only 15-20 eye doctors serving the remaining 70 million people in rural areas. It is estimated that Ethiopia has one of the highest rates of blindness compared to other developing countries at 1.6 percent of the population. Most of these cases are due to cataracts.

“That is a huge number and it is just terrible,” says Amit Tandon, MD, Ohio State University ophthalmologist. “Cataracts are a reversible condition—something that can be fixed. They just need to have access to eye care and cataract surgery.”

Dr. Tandon, along with Ohio State University Ophthalmology residents, packed up the necessary cataract surgery equipment and traveled to Ethiopia. Because of rural conditions and lack of supplies, the team had to perform extracapsular cataract surgery (removal of the cataract in one piece) instead of the more modern phacoemulsification (the cataract is broken into tiny pieces using sound waves and is removed using suction).

“It's the old-fashioned way to do it, but it still works," Dr. Tandon says. "We were able to perform about 70 surgeries in a week.”

With the successful trip now behind him, Dr. Tandon is making plans to return and do more to help.

“We went to do cataract surgeries,” said Dr. Tandon. “But we also wanted to learn what is needed there and to see how Ethiopians practice medicine. The plan for the future is to go back, to take supplies, and to train them in phaco surgery. That way the doctors in Ethiopia can be more efficient, see more patients and help more people.”