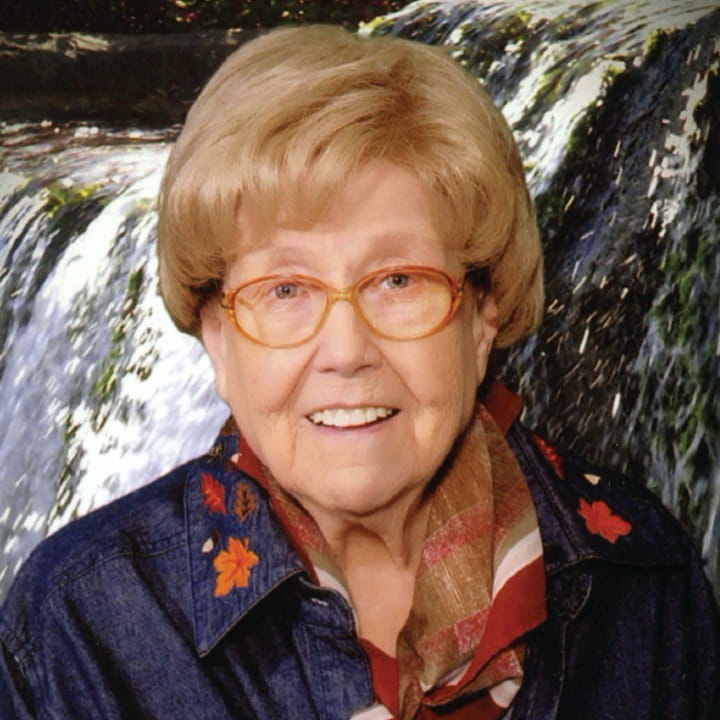 "She had kind, blue eyes,” said Cathy. “Her donation to OSU was in hopes of research to help make someone else’s life better.”

When former Air Force Secretary Ruby Grill found out that she was losing her vision to age-related macular degeneration (AMD), she was upset, but she was not going to let it hold her back. That kind of determination was the story of her life. Born in 1927, and raised in Dayton, Ohio, Ruby was always an independent, intelligent person. She never married or drove a car, but she managed to get around with minimal reliance on others. “She never wanted to be a burden to anyone,” said her lifelong friend and coworker Cathy Bowman. “When folks did small favors for her, she rewarded them with a box of Esther Price candy.” She was a dedicated civil service employee with a long career as a secretary at Wright-Patterson Air Force Base (pictured above) for over 40 years. She loved the City of Dayton and the Air Force, and was very proud of her country. She had a keen sense of humor and had great stories of past and current times, as she was always aware of the most recent news.”

Ruby was impressed with Chairman, Thomas Mauger, MD and his genuine concern for patients. In her will, Ms. Grill left several hundred thousand dollars to The OSU Havener Eye Institute to be used for eye disease research and treatment, macular degeneration in particular. She wanted to do her part to ensure that the disease that stole her vision would not affect another person. “She had kind, blue eyes,” said Cathy. “Her donation to OSU was in hopes of research to help make someone else’s life better.”