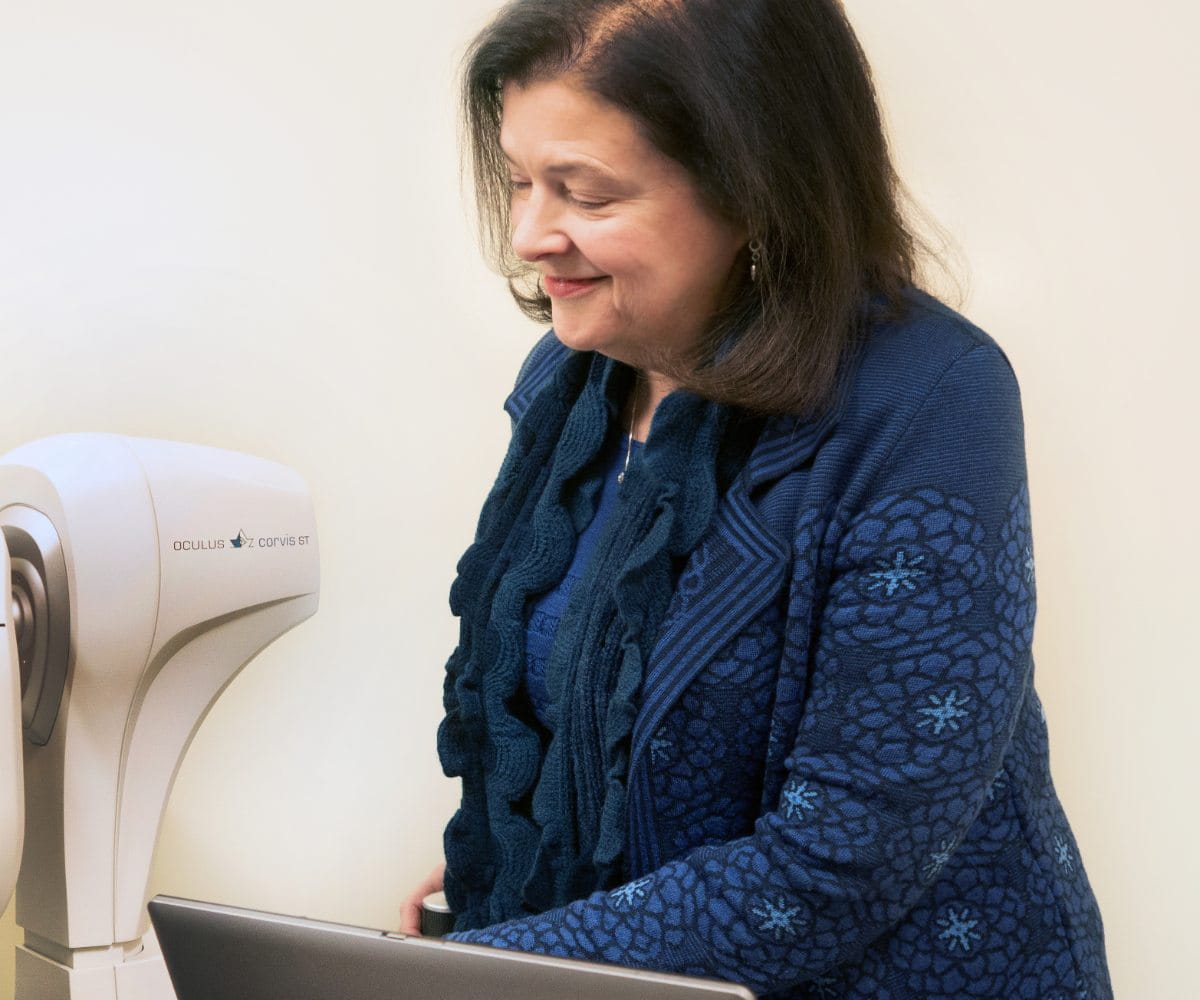 Cynthia Roberts, PhD, and her research team will use the Corvis ST Tonometer to tease out the properties of the cornea that impact measurement error in disease detection. One of the goals of the five-year, $1.9 million National Institute of Health/National Eye Institute study is to find biomechanical biomarkers for different disease processes in keratoconus, diabetic retinopathy, glaucoma, and ocular hypertension.

Using the Corvis ST will allow the team to compare the biomechanics of eyes independent of Intra-ocular Pressure (IOP), which can vary widely between patients.

“We can compare the biomechanics, because the magnitude of every puff is the same,” Roberts says.

Sclera is involved, but other factors influence what happens in the eye as well. Corneal response is a function of the IOP, but IOP varies between patients.

“Properties of the cornea are important in the relationship of central corneal thickness (CCT) and IOP measurement error—in a stiff eye CCT is a large source of error, but in a soft eye CCT creates very little error,” Roberts explains.

Part of Roberts’ goal is to pin down a good way to separate the effect of IOP from the effect of stiffness in the cornea of living patients.

Currently, corneal properties are not being factored in accurately estimating IOP for living patients. Physicians are able to compensate for the effect of CCT with linear correction formulas, “but the error is not actually linear,” Roberts says, “it’s a function of the eye’s properties. I’m hoping to understand this relationship better."

In the grant study, Roberts will first change the IOP in tests of tissue from paired donors, where one cornea is stiffened and the other is left unchanged. Then she will compare the shape of the deformation with two different stiffnesses. 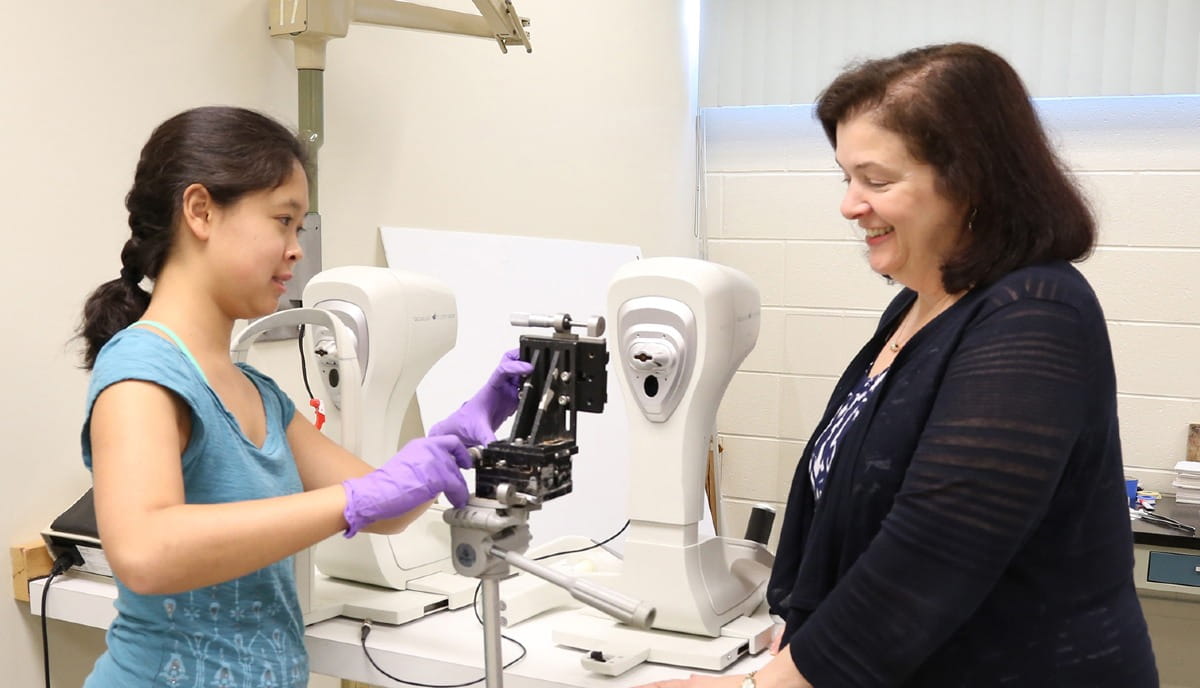 "I love educating people, I love the work I’m doing, I love meeting colleagues and collaborators all over the world. I’m doing exactly what I’m supposed to do," Dr. Roberts says. "It’s a big bang to do something that no one else in the world has done."

Before laser refractive surgery was FDA-approved, Roberts saw that doctors were using refractive error to program the laser.

"You can't magically change refractive error. The way you get from vision that needs improvement to vision that is good is by removing tissue to generate a particular corneal shape. But no one was looking at that. It became a giant area of research."

In 2000, Roberts wrote an editorial titled The Cornea is Not a Piece of Plastic.

"I was trying to get people’s attention," she explains. "It’s 2019 and people still say 'the cornea is not a piece of plastic' at meetings. They don't know where it comes from—that's what's funny. I smile every time I hear it. But if you want to know why I want to do, the answer is because it's fun."