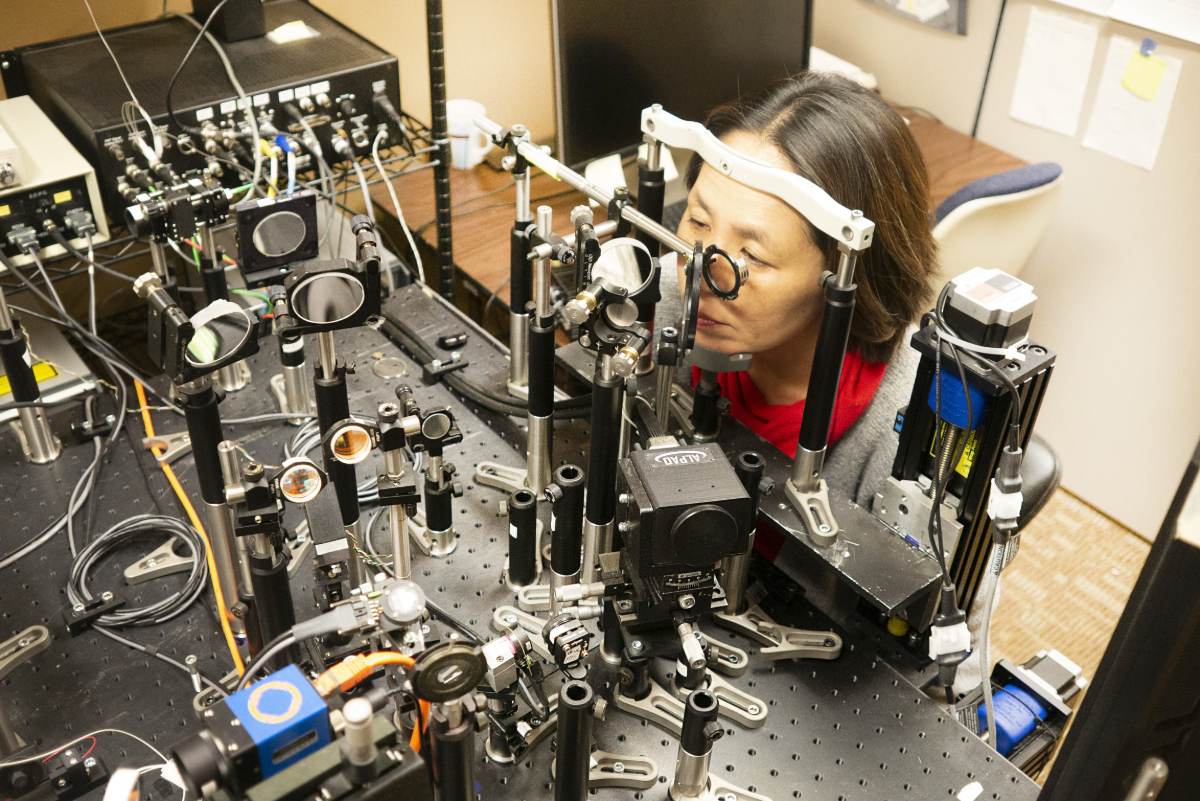 When Stacey Choi, PhD and Nathan Doble, PhD came to The Ohio State University in 2013, they brought with them a remarkable imaging system based on technology used by astronomers and the military. It took nearly two and a half years to design, build and set up. Their system, called an Adaptive Optic Optical Coherence Tomography Scanning Laser Ophthalmoscope (AO-OCT-SLO), allows them to look deep into the eyes of living subjects.

“We’ve essentially used the same technology to look closer rather than farther away, and made it less expensive and smaller as well,” Doble explains. “It is very similar to commercial OCT systems you’d see in a clinic, just with some turbo charging on the imaging side of things. It has roughly a five times better imaging capability than commercial systems.”

The system allows them to see minute details, on the order of a couple of microns in size, and count single neurons at the back of the retina.

“This is a combined system," Choi explains. "It gives us a three-dimensional aspect of the retina—it’s not just a two-dimensional cross-sectional image. It’s a very detailed, cellular level quantification."

Their goals in using the system are to identify the earliest biomarkers for disease in living patients, as well as to perform longitudinal studies of drug therapies and treatments.

“We’re trying to develop biomarkers for different types of diseases: glaucoma, AMD, diabetic retinopathy and retinitis pigmentosa,” Doble says. “But instead of doing histology on the eye, where the eye has to be removed and analyzed, we can follow the same patient over time and go back and image the same area and catch single cells.

Recently, Choi and Doble have been working with Ohio State ophthalmologists Mark Slabaugh, MD and Paul Weber, MD to image retinal ganglion cells, which slowly die off in patients with glaucoma.

Imaging individual rods and cones is another area of their work.

“By using adaptive optics, one can couple in a light stimulus, which can be as small as a single cone," Choi says. "So the idea would be stimulating a single cone at a time. If you want to be really sensitive about targeting a particular region, we can do this. 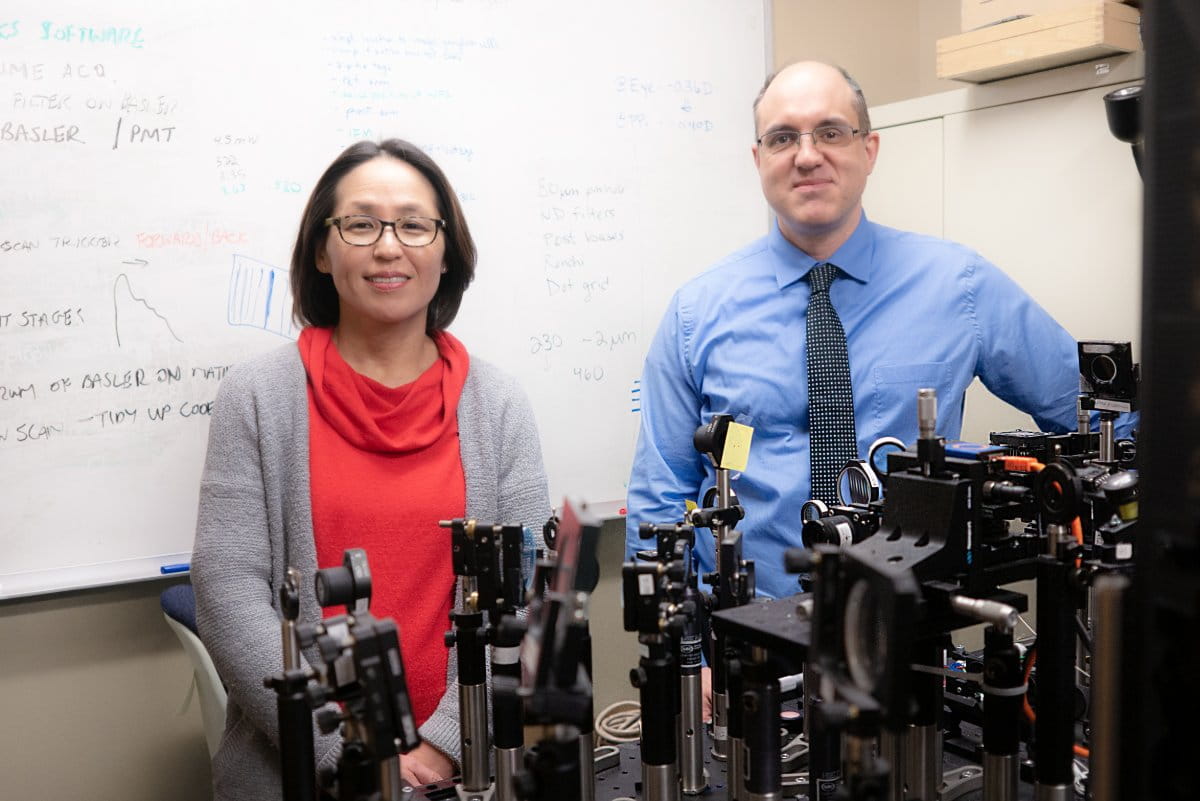 The pair's research focuses on correlating structure to function, and detecting structural changes as early as possible.

"If we detect minute changes in the retina, we can intervene with treatments at an earlier point in the disease progression," Choi explains. "This way, we can either completely halt the progression of disease, or at least slow down the progression over time."

The combined AO-OCT-SLO is a two-tier system that allows 3D imaging of the retina. It allows measurement and correction of all the ocular aberrations prior to imaging, hence we can resolve individual cones and rods as well as retinal ganglion cells in living human eyes.

The entire procedure is non-invasive; only pupil dilation is required. Dr. Choi and Dr. Doble shine near infrared light into the patient’s eye to capture images of the retina. This is a completely objective way of assessing integrity of the retina, making the imaging technique a powerful tool for determining endpoints for clinical trials.