Who is at Risk for Uveal Melanoma? 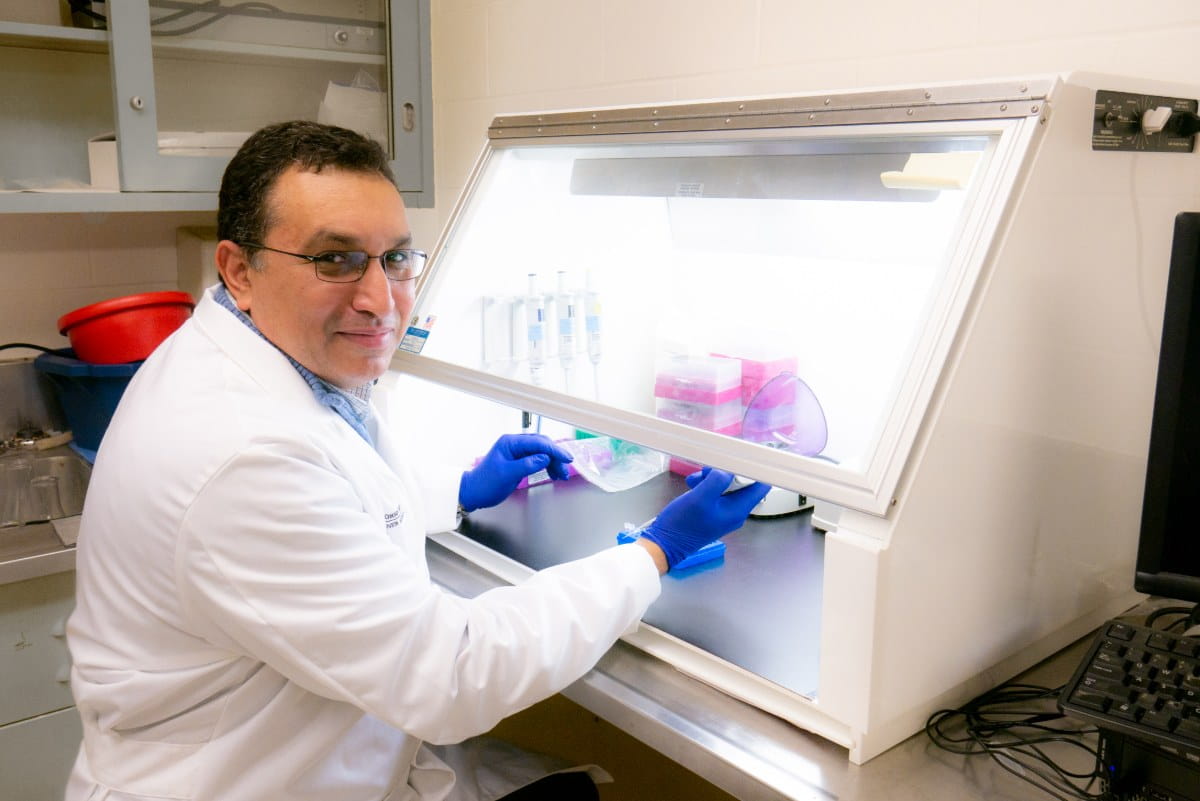 More than 10 percent of uveal melanoma patients have an increased predisposition to cancer—not just eye cancer but a wide variety of cancers, says Mohamed Abdel-Rahman, MD, PhD. He and his team recently identified BAP1 as one of the genes predisposing patients to eye melanoma. The next question they will address, in a two-year $375,000 National Institute of Health study, is how other genes could modify the effect of BAP1 in patients.

“The grant will help us understand the mechanisms that OCA2 plays in modification of cancer risk of BAP1,” he says.

Beyond the grant, an international consortium of 70 researchers from 15 countries recently formed to study BAP1 tumor predisposition. The group has collected one of the largest patient cohorts for BAP1 in the world: 182 families.

“This is a newly discovered syndrome, and our consortium laid the foundation for identifying which cancers would be associated with it, what is the likely age of onset, what do we think about how to manage these patients, and what research we need to carry out in the future,” Abdel-Rahman says.

"Many changes in BAP1 have been reported in different patient some of these changes are what we call variant of uncertain significance or VUS," he explains. "So if we find such VUS in a family, is this something we need to worry about?"

Abdel-Rahman hopes his team's work will help improve the current management guidelines with additional evidence-based advice. The ultimate goals of his research are early identification and how to characterize who is at greatest risk of uveal melanoma. He is also interested in learning more about the tumor's biology, which can lead to develop new therapies and better individualized patient care.

Dr. Abdel-Rahman's work and association with Ohio State ophthalmologist Frederick Davidorf, MD has been supported by the Patti and Warner Blow Research Fund in Ophthalmology for many years. 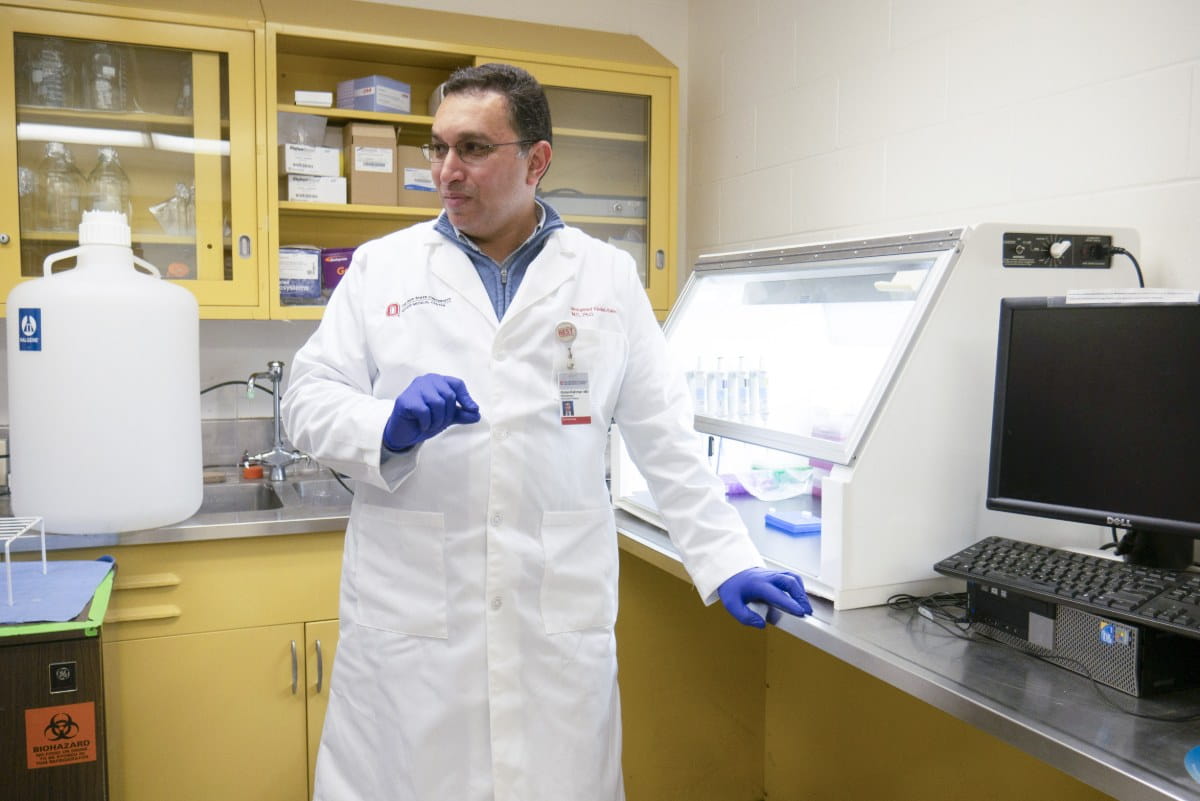 The first family found with the BAP1 gene mutation was self-referred. A patient reached out to Dr. Abdel-Rahman: “I know something is going on in my family, but so far nobody can help me. Would you be interested in studying us?”

She had lung cancer and uveal melanoma, and many of her family members were suffering from different types of cancers including mesothelioma.

“I said of course, yes, and this is the family that we first identified BAP1 in." Abdel-Rahman says. "If you can identify a family early, you can really help them. This is why I’m doing what I’m doing: to help families."

“We estimate that BAP1 will contribute one to two percent to unselected eye melanoma patients, and in a patient with a family history of cancer it will be up to 20 percent” he says. “This means that there are significant other genes out there that also can increase risk for these patients to have uveal melanoma, as well as other cancers."