Prevention and Treatment of Proliferative Vitreoretinopathy 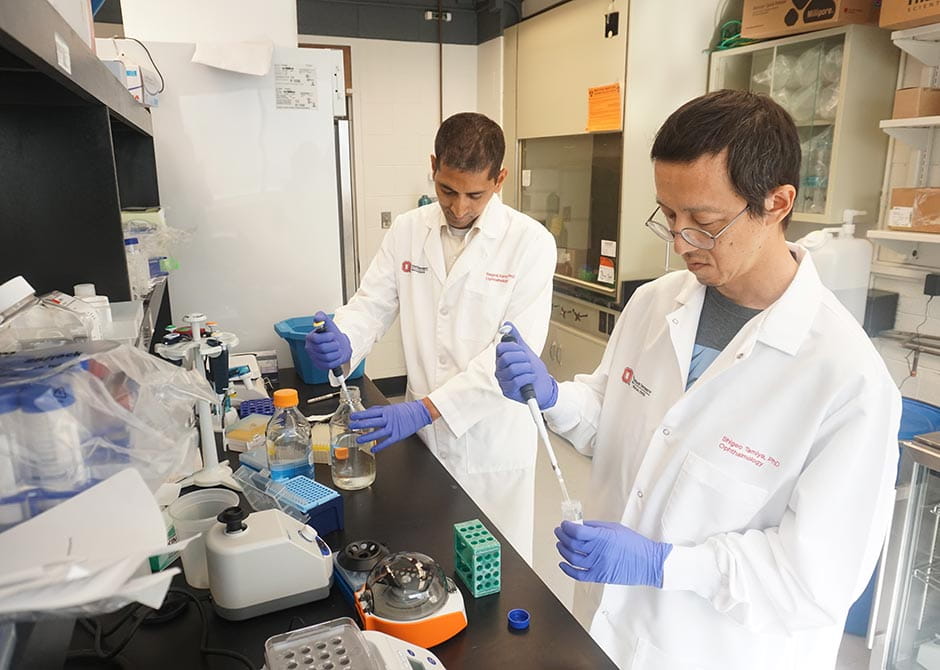 A common and troublesome complication of retinal detachment surgery or an injury to the back of the eye, proliferative vitreoretinopathy (PVR) — a type of retinal scarring — can lead to vision loss and even blindness. A team at The Ohio State University Wexner Medical Center has been studying cellular mechanisms and signaling involved in PVR and has identified several signaling pathways — as well as drugs that could one day be used for treatment and prevention.

Incidence of PVR is 5-10% following retinal attachment surgery and is also common after penetrating or perforating ocular injuries affecting the back of the eye. As the scar forms and contracts, the resulting retinal foldings or detachment can lead to loss of visual acuity — even partial or total blindness. Surgical correction is possible but often fails, and recurrence is high. Many patients never regain adequate visual acuity. 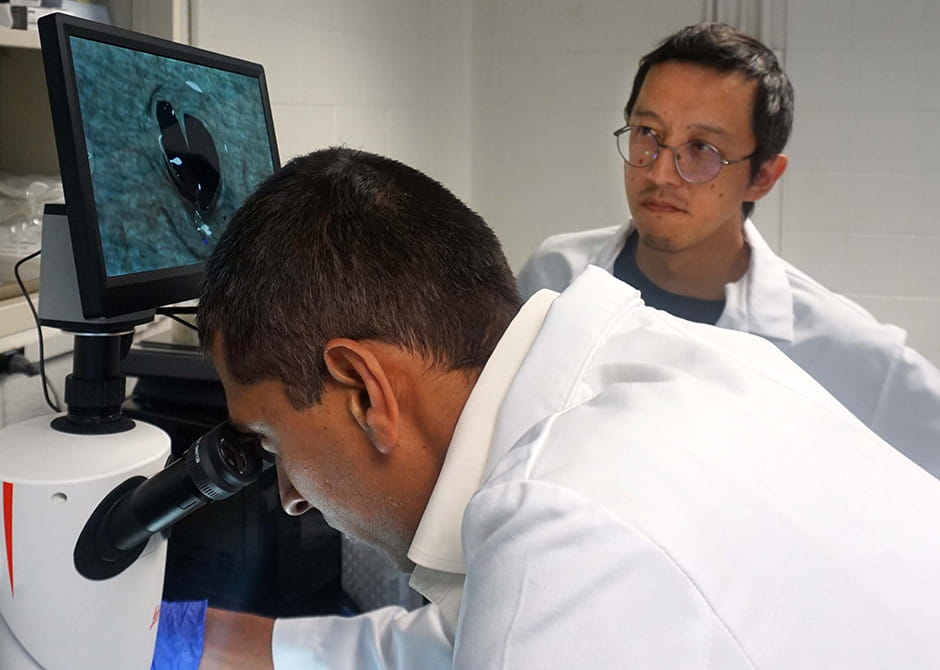 Research scientist and associate professor Shigeo Tamiya is trained in cell biology and physiology. His interest in fibrotic complications affecting the eye and vision led to his current work on cellular and molecular mechanisms involved in PVR.

Past research targeting proliferation of cells involved in PVR has not shown much success, so Dr. Tamiya focused on other aspects of scarring, such as transdifferentiating of ocular cells to myofibroblast, a type of cell that specializes in matrix modification, production and contraction. His team has identified several important signaling pathways and drugs that can possibly be used for treatment. The team is currently using in vivo pig models to test potential therapeutic agents for PVR, and the most promising so far is dasatinib, a drug marketed as Sprycel® by Bristol-Myers Squibb.

“It’s used to treat a specific type of leukemia, but it also prevents multiple cell functions associated with scarring and contraction with minimal toxicity,” Dr. Tamiya says. “Side effects, if any, in our pig models are not detectable.”

Dasatinib is currently under patent but could be used off-label. However, widespread use of dasatinib to prevent PVR is years away and could take longer without the full support of the manufacturer. Another challenge is administration of the drug, which must be injected into the eye. Dr. Tamiya and his team are working on a sustained release system to prevent the necessity of reinjection, and it has already shown success in pig models.

Further research into the mechanisms involved in scarring and contraction could help identify more promising targets and drugs, Dr. Tamiya says. He’s a leader in this effort and is hopeful that his work will eventually lead to more options and better outcomes for patients.

“Prevention of PVR is the goal, but even significant delay of early fibrotic changes will allow more treatment options,” Dr. Tamiya says. “It could also open the window on timing of surgical intervention.” At this point, feedback from ophthalmologists is vital.